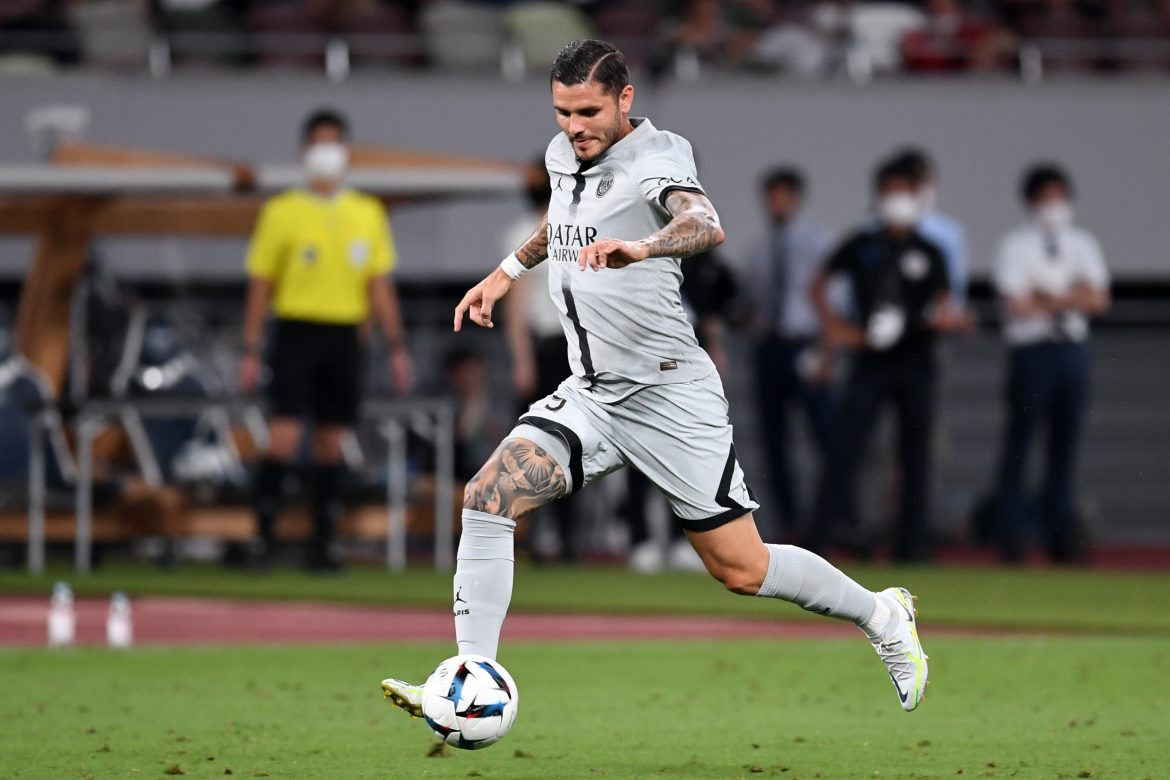 RMC Sport report this afternoon that Borussia Dortmund are not interested in Paris Saint-Germain striker Mauro Icardi as a replacement during the absence of Sébastien Haller, contrary to reports coming from Germany.

The former Auxerre man made the move from Ajax to Dortmund this summer, but had to retreat from the club’s pre-season training after a tumour was found in his testicle.

His absence during his treatment means that the Bundesliga side have now been in the market to bring in a new forward – however, in the Argentine’s case the transfer fee and salary would be out of reach given Dortmund’s reduced budget. Instead, they are looking for a cheaper option who can sign for just the one season.

In any case, Silvio Berlusconi’s newly-promoted Serie A side Monza remain interested, although a move would similarly be difficult, even if CEO Adriano Galliani has spoken with the striker’s agent and wide Wanda Nara.

Icardi is on PSG’s transfer list for this summer, with the 29-year-old unable to secure a spot in the team amid stiff competition. This year, he scored four times in 24 Ligue 1 appearances. He is under contract until 2024.