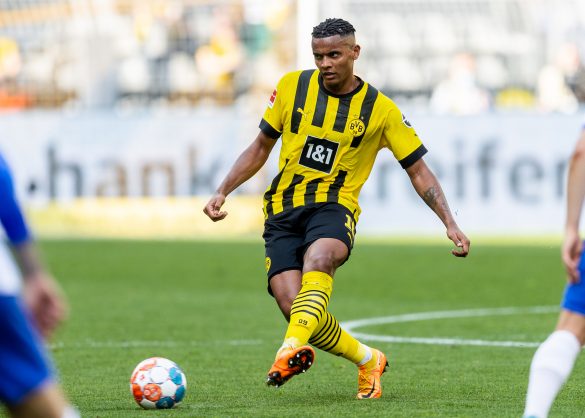 Foot Mercato report this afternoon that Rennes continue to struggle in their search for a defensive recruit this summer, having seen approaches for Borussia Dortmund’s Manuel Akanji and for Evan Ndicka of Eintracht Frankfurt prove unsuccessful.

Having seen starting centre-back Nayef Aguerd move to West Ham this window and Warmed Omari picking up an injury, the Bretons have been moving to sign a replacement.

Fenerbahçe defender Kim Min-jae was a target, but the South Korean will instead replace Kalidou Koulibaly at Napoli. Sporting director Florian Maurice also made an attempt for the Brazilian Morato, but his club Benfica are not willing to sell.

Maurice then approached Akanji, but the Swiss international turned down the prospect of a move to the Roazhon Park, despite being ostensibly out of favour at Borussia Dortmund, where his contract expires at the end of next season.

Efforts to go for Evan Ndicka were cut short by Eintracht Frankfurt’s unwillingness to part ways with their French defender, who has been a key part of the squad since arriving from Auxerre four years ago.