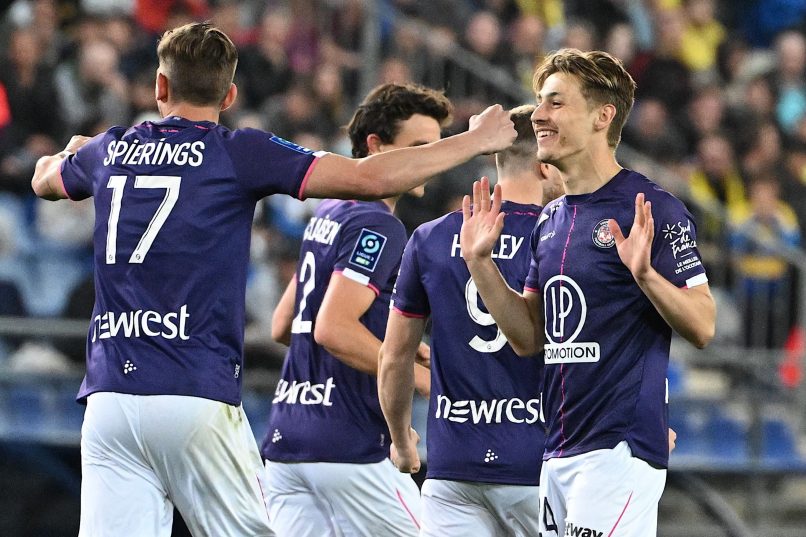 Following his fourth goal of the season for Ligue 2 leaders Toulouse last night against promotion-chasing Sochaux, French centre-back Anthony Rouault (20) has attracted the attention of Bundesliga side Borussia Mönchengladbach, according to Foot Mercato.

Having broken into the Toulouse first team last season, gaining 15 league appearances and helping his boyhood team to the promotion play-off against Nantes, Rouault has featured heavily in this year’s successful campaign, making 23 appearances.

Having been born within 100 miles of the club, the 20-year-old will be keen to see TFC return to the top flight of French football. However, as shown by the scouts regularly present at Toulouse’s matches, he may receive an offer to leave for Germany. Rouault remains under contract with Toulouse until June 2024.