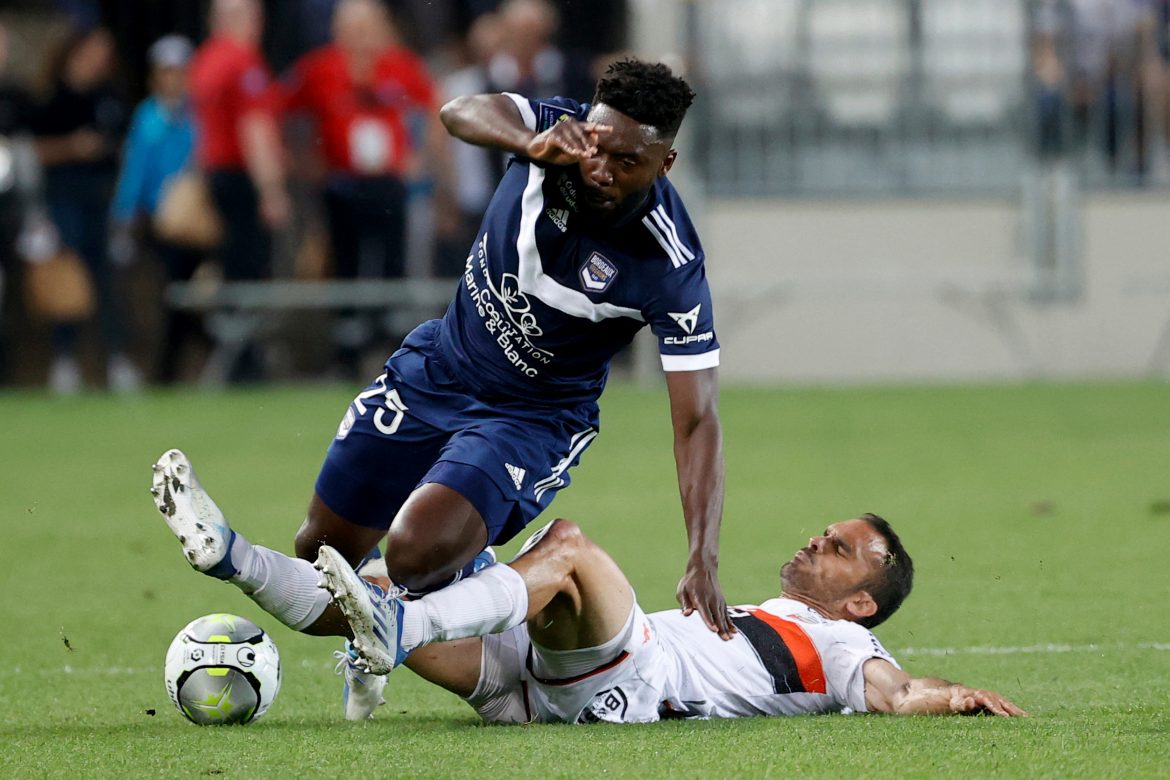 Swiss side Young Boys as well as Eredivisie outfit Twente are also potential suitors for the French youth international. In any case, the offer put on the table by Braga is below Les Girondins’ asking price, which is between €1m and €1.5m.

The defender appeared in 29 games and scored once as the club were relegated to Ligue 2 at the end of a catastrophic season, during which they condeded 91 goals and finished rock bottom.

The club is in desperate need of revenue from transfer in the wake of a decision by French football’s financial watchdog which relegated them to the third division due to their money issues. They have another two weeks following an appeal to present a viable financial plan so that they can be allowed into next season’s Ligue 2 campaign, with a €40m debt to pay off.

Kwateng has been at Bordeaux since 2019, since making the move from his formative club Nantes. He played with Les Canaris for four seasons, eventually making his breakthrough campaign in 2018/19.