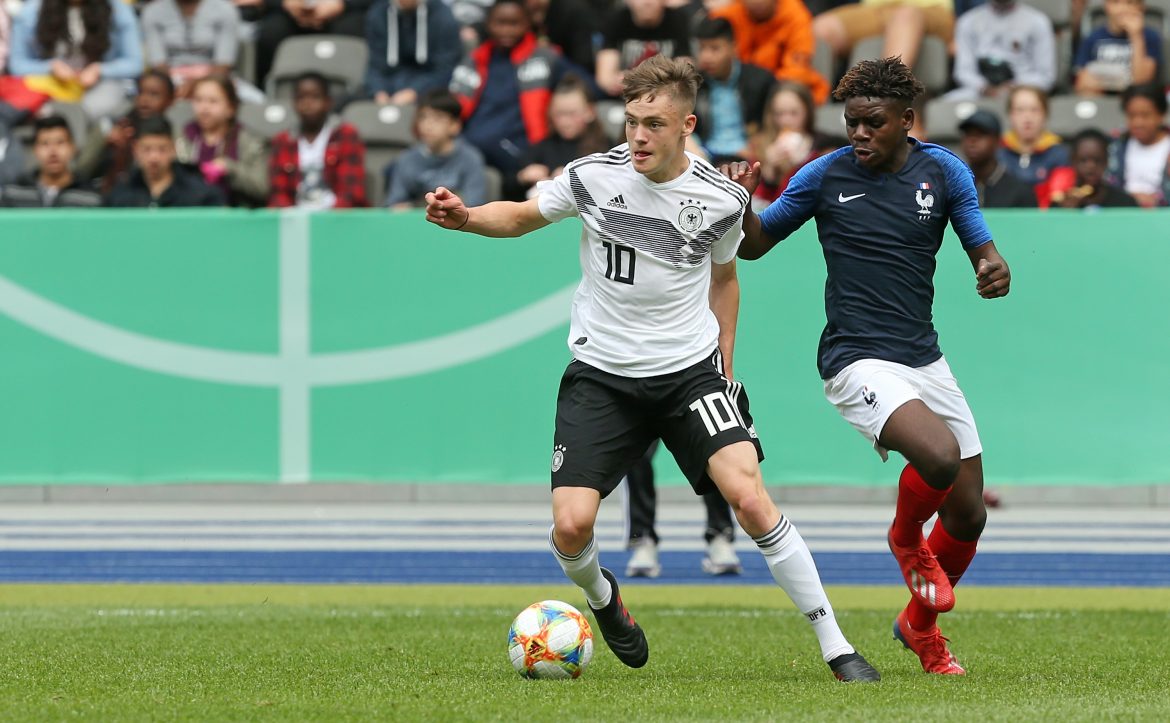 According to Loïc Tanzi, French youth prospect Brayann Pereira (19) is set to sign for newly promoted Auxerre, following the end of his contract with Lens. The northern-born right-back is currently in Auxerre to undergo his medical. Should he pass, he is reportedly set to sign a three-year contract with the Ligue 2 playoff winners, with an optional additional year.

The teenager will be keen to make his full Ligue 1 debut with the newcomers, who ended a decade-long absence from the French top flight this summer with a penalty shootout victory over Saint-Étienne. Despite just 16 minutes of Ligue 1 experience with Lens last season, the defender featured mostly with the reserve team in the fourth division of French football.

The right-back has also played a significant role in the French U19 squad over the last year, playing in every game of the recent European Championships, and registering a goal in his opening game against hosts Slovakia, before being knocked out in the semi-finals by Israel.