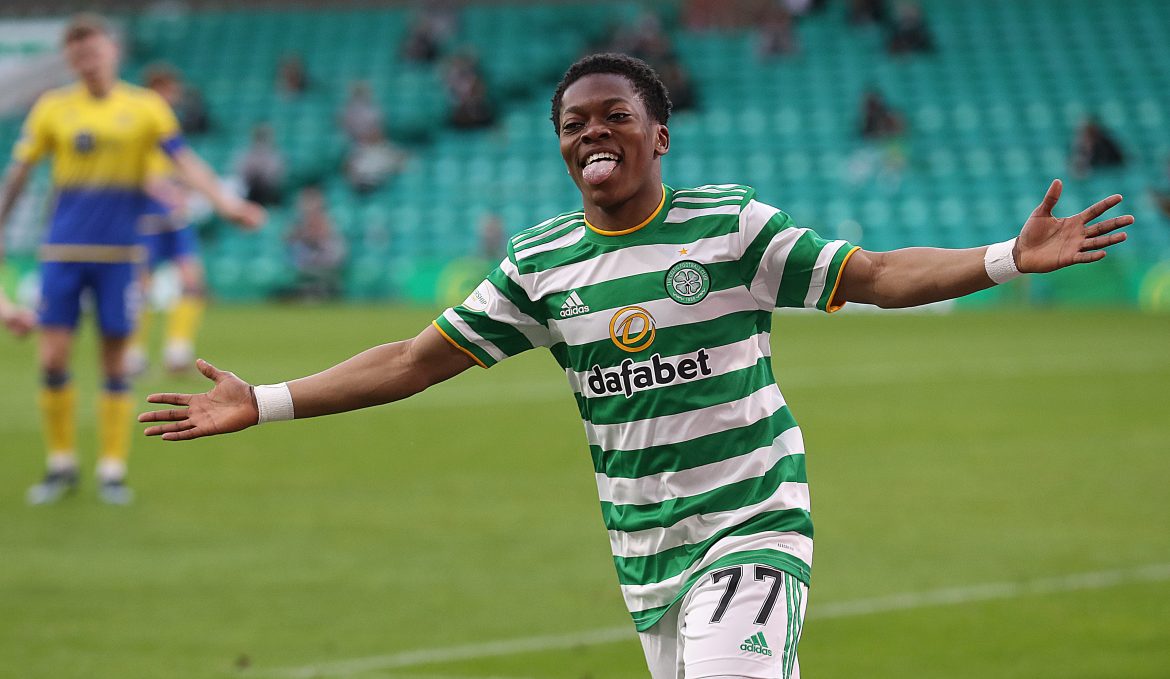 Santi Aouna is reporting that Stade Brestois are a potential surprise destination for Celtic’s England U18 forward Karamoko Dembélé (19).

Dembélé burst onto the scene in 2016 when he appeared for the Celtic U20 side at the age of just 13. Since, however, he has struggled to break into the first team and has only turned out for the Scottish Premiership eight times, scoring just once.

According to Aouna, the 19-year-old will likely “have to blossom elsewhere”, and Ligue 1 side Brest have emerged as a potential destination. The side, which finished 11th in Ligue 1 last season are reportedly “well placed to welcome him.”

The tricky winger has featured for both the Scottish and English youth international sides. Having represented Scotland at U15 and U17 level, the London-born forward has more recently turned out for the England U17 and U18 sides and has scored one goal for the former.