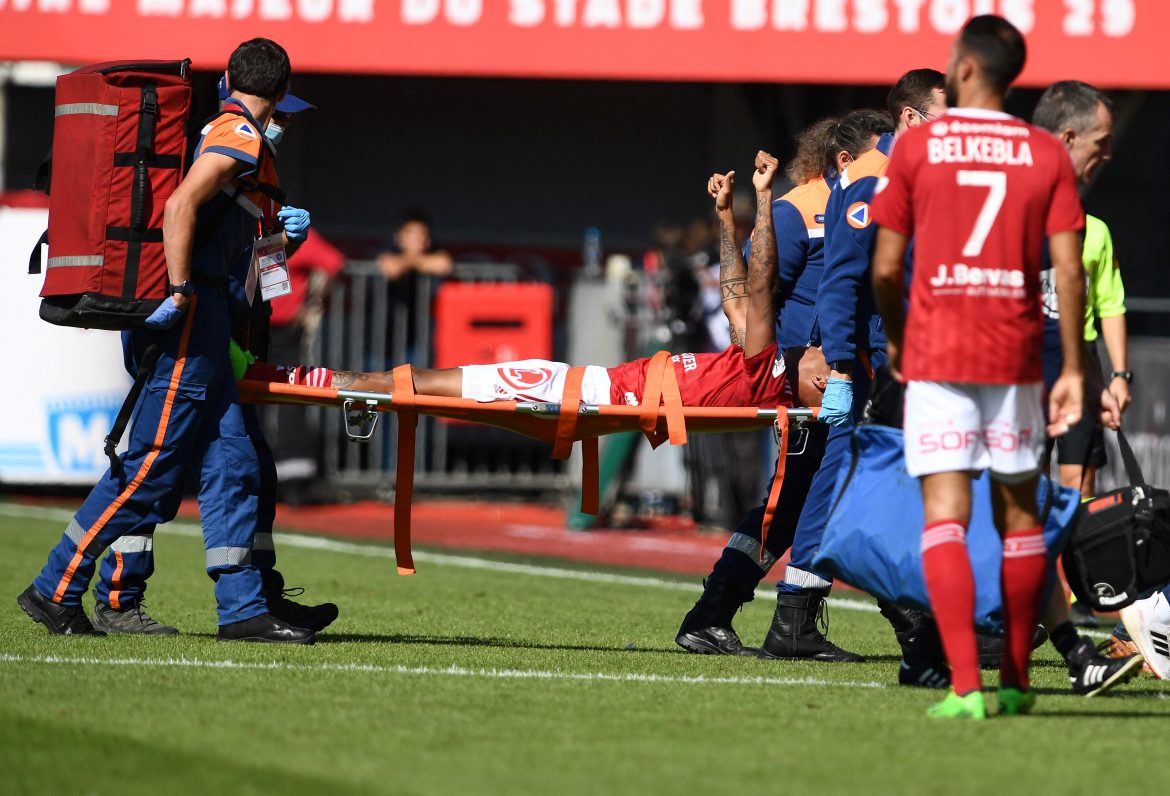 Brest’s Noah Fadiga was stretchered off the field against Ajaccio as the full-back took a heavy hit on his head following a collision between him and Ismaël Diallo.

As confirmed by Brest on Monday, Noah Fadiga will not join Senegal for their upcoming international matches against Bolivia and Iran. The statement from the club reads:

“Hard hit yesterday during a clash with Ajaccien Diallo, Noah Fadiga suffered a concussion. He must pass additional examinations and observe a few days of rest without football. He will not join the Senegalese selection.”

Following the collision, Fadiga suffered a concussion, although it did not result in the complete loss of consciousness for the player. He was immediately evacuated on a stretcher and transferred to a nearby hospital.

The club doctors have advised him not to take part in any footballing activities for the new few days, meaning that he would not have been able to play the matches for his country even if he had joined the Senegalese contingent.