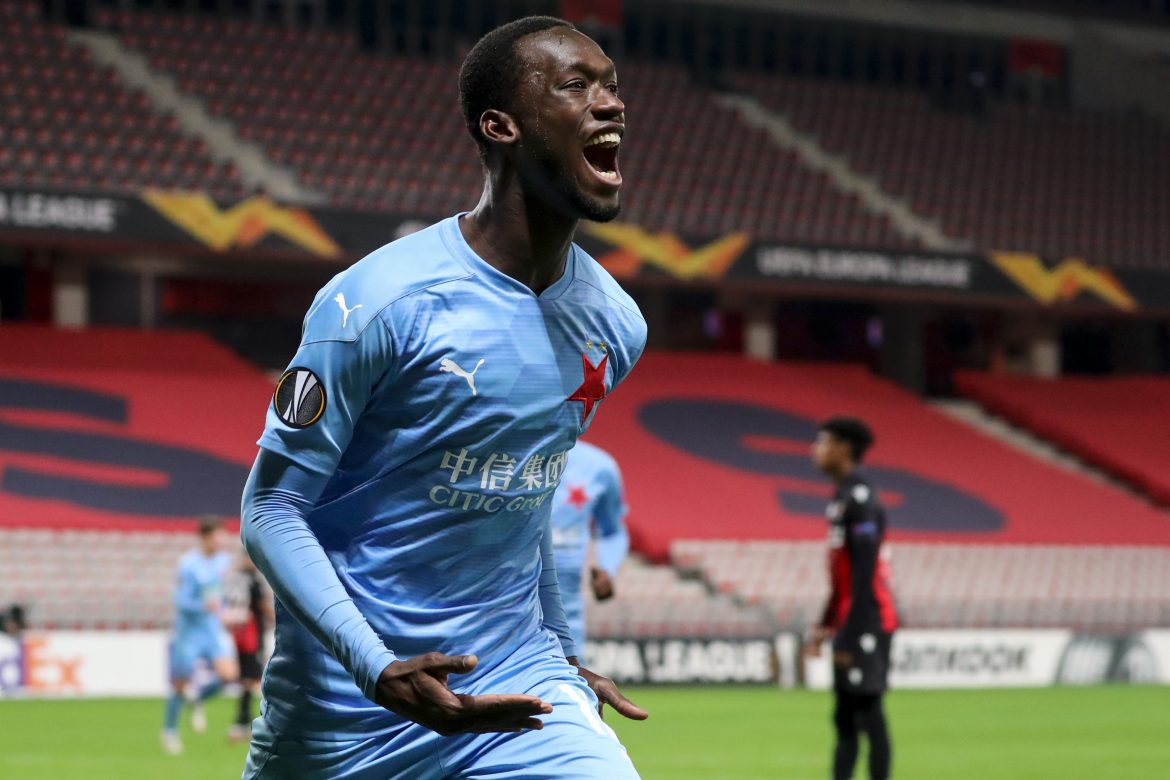 According to Mohamed Toubache Brighton & Hove Albion Striker Abdallah Sima (20) has completed his medical at Angers SCO ahead of a one-year loan move to the Ligue 1 side.

Last week the two clubs were close to an agreement for the Senegalese international, which was confirmed by Sky’s Rob Dorsett. The 20-year old striker signed for the Premier League side last summer from Slavia Prague with a price tag of €7m. The Dakar-born Senegalese international was loaned out immediately to Stoke City in the EFL Championship, where injury issues plagued the young player’s season – in which Sima only played 73 minutes of football.

In the 2020/2021 season, Sima scored 20 goals in 38 appearances in all competitions which included 10 appearances and four goals in the Europa League (notably scoring against fellow Ligue 1 side OGC Nice in November 2020). This ultimately led Brighton to sign the player last summer – who is still reportedly in Graham Potter’s long term plans hence a loan agreement for Sima.

Angers have made Sima a priority loan signing, and offer competition in their forward areas after recovering from injury over the off-season and reporting for pre-season training with the Seagulls last week. The Western French side also signed another Brighton U23 forward Ulrick Eneme-Ella (21) on a free transfer earlier this summer – both Ella and Sima will look for more game time in France this season.

Ole Gunnar Solskjaer turns down interest from Iran national side