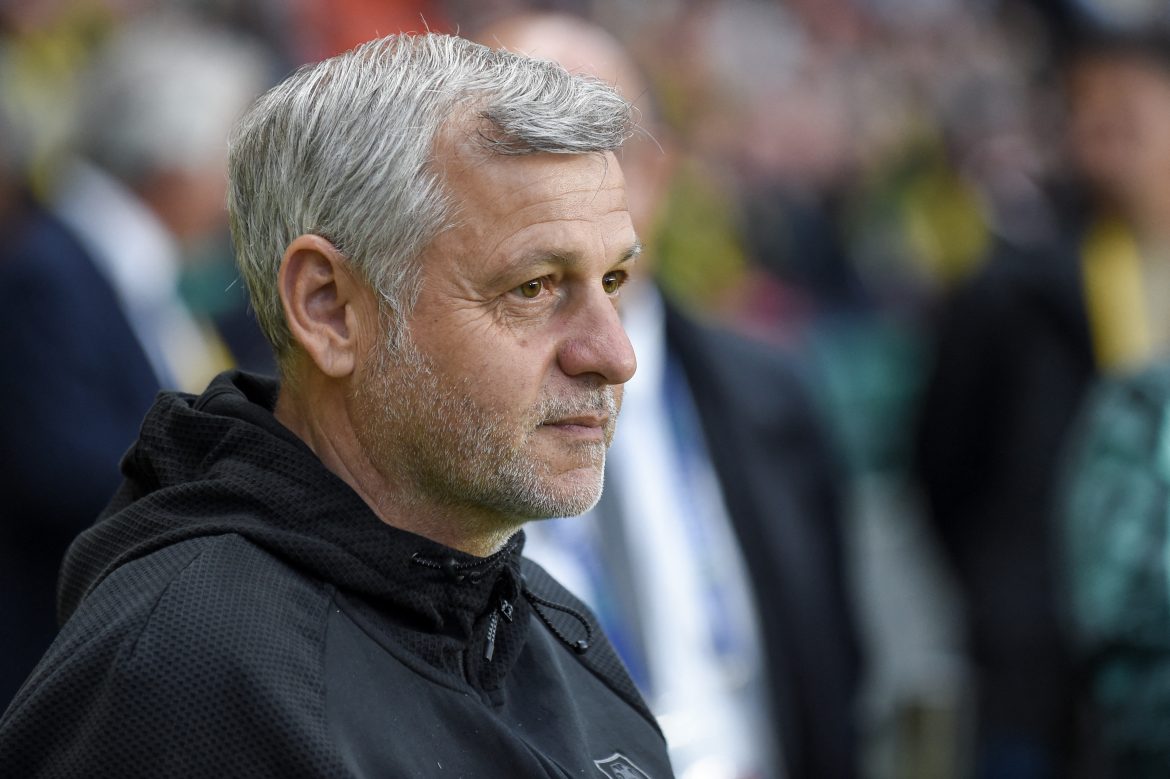 As reported by L’Équipe, Rennes coach Bruno Genesio will soon extend his contract with the club by two more years, according to sporting director Florian Maurice.

Speaking on Pleine Lucarne, Maurice explained that: “We have a verbal agreement with Bruno. He will extend for two years.” Genesio’s current deal has just a year left to run but this new agreement will keep him at the Breton club until 2025.

Genesio produced a thrilling season at Rennes, who played flowing, attacking football this campaign, scoring the second-most goals in the French top flight, eventually finishing fourth while making it into the Europa League for next year. Such entertaining football helped win Genesio the UNFP’s Ligue 1 coach of the season award this year.

Despite that form, Genesio’s future wasn’t entirely secure at the end of the campaign, receiving, but turning down, offers from other clubs.