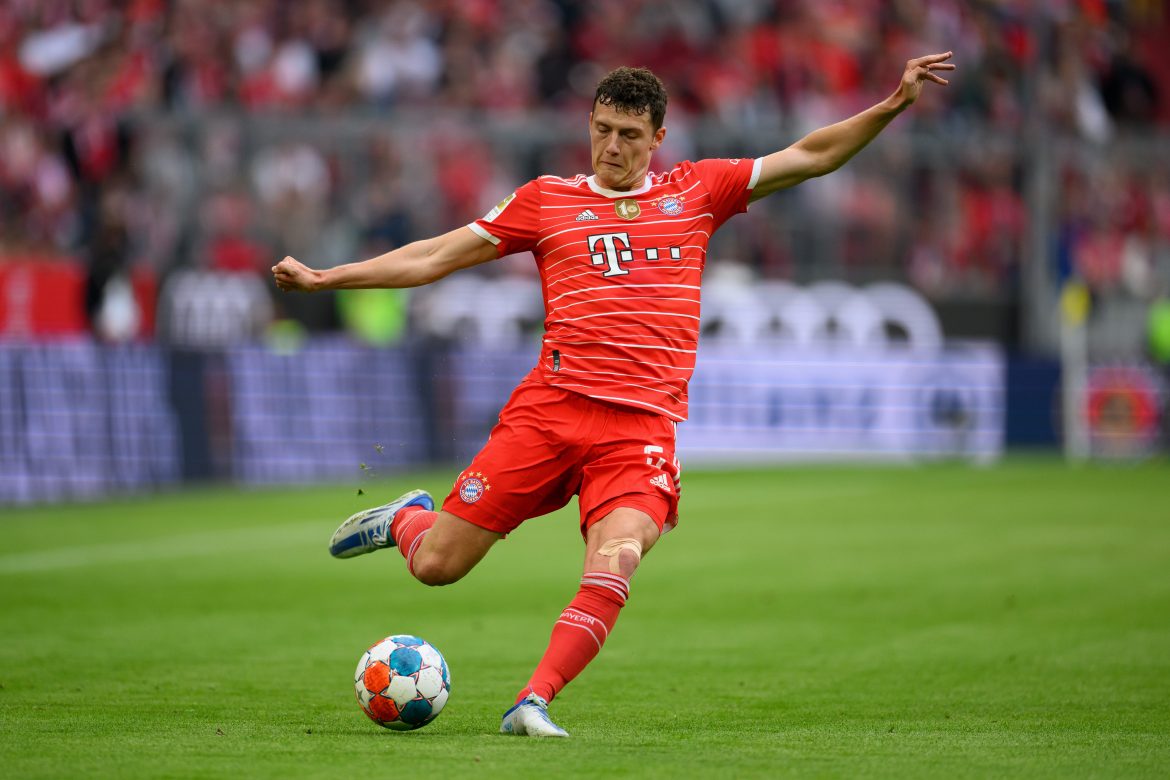 L’Équipe report today that Benjamin Pavard’s future at Bayern Munich is not set in stone, with various clubs from around Europe keeping an eye on the French international, who has another two years left on his deal in Bavaria.

All of Juventus, Atlético Madrid, Chelsea and Manchester United have the World Cup winner on their respective defensive shortlists, although neither of the four have submitted an offer.

The defender is himself mulling over his future, having undergone difficult spells recently and in particular due to Covid-19 which kept him away from his family, affecting his state of mind and his performances.

Pavard also wants to be in a club where he can have consistent game time as a centre-half, having spent the majority of his three years with the Bundesliga champions playing on the right flank. However, these reasons alone are not enough to prevent him from remaining at the club past this summer.

Bayern want to keep the former Lille man – Oliver Kahn has recently spoken of an unwillingness to let go of him – while extension talks will be on the table again after the summer window. The club have nevertheless indicated that the final decision on a transfer, should any interest materialise, would be up to him.