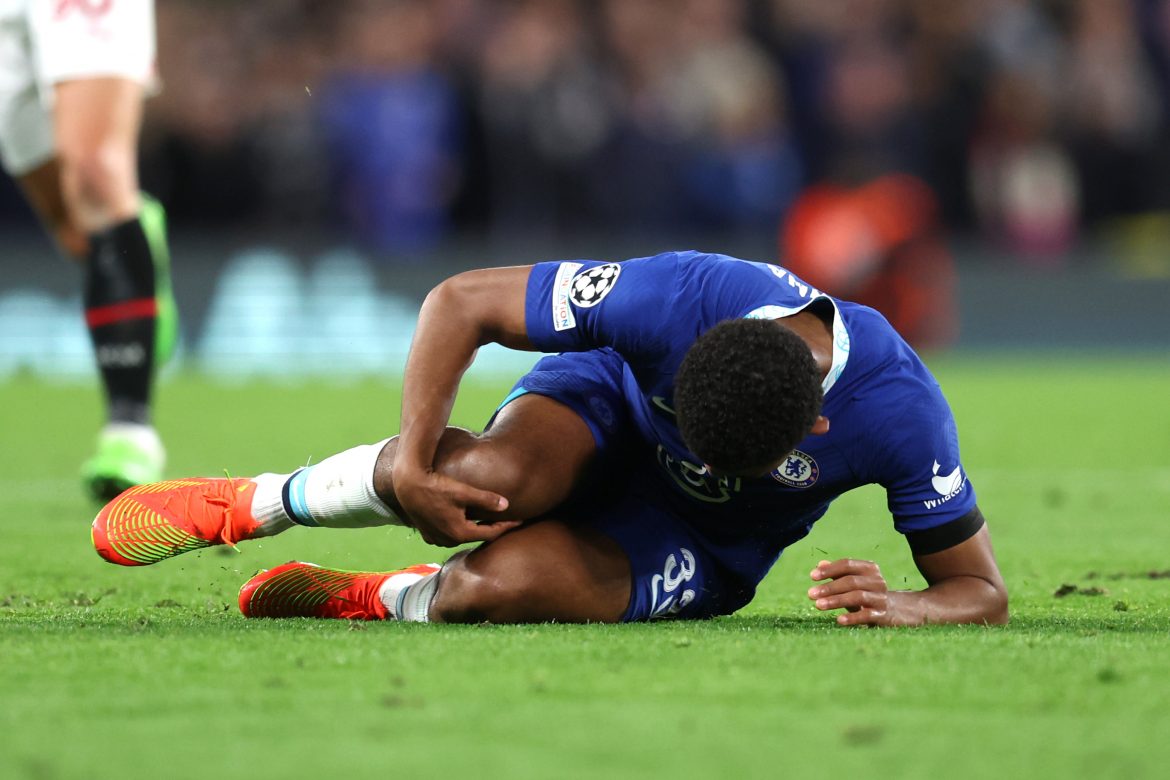 L’Équipe report this afternoon that French defender Wesley Fofana is set to miss around four weeks’ worth of action as a result of a knee sprain sustained in Chelsea’s 3-0 Champions League win over Milan last night.

The former Saint-Étienne man was forced to come off shortly after he opened his goalscoring account for his new club in the first half.

Despite initial fears, medical exams have revealed that the centre-back has only suffered a knee sprain – the length of time he will be out on the sidelines is yet to be determined, but medical staff have estimated that he will be out for around four weeks.

As a result, the French youth international, who is being watched by staff from the senior France national team, can still retain hope of making it into Didier Deschamps’ France squad, which will be announced in just over a month before Les Bleus fly out to Qatar on November 16.