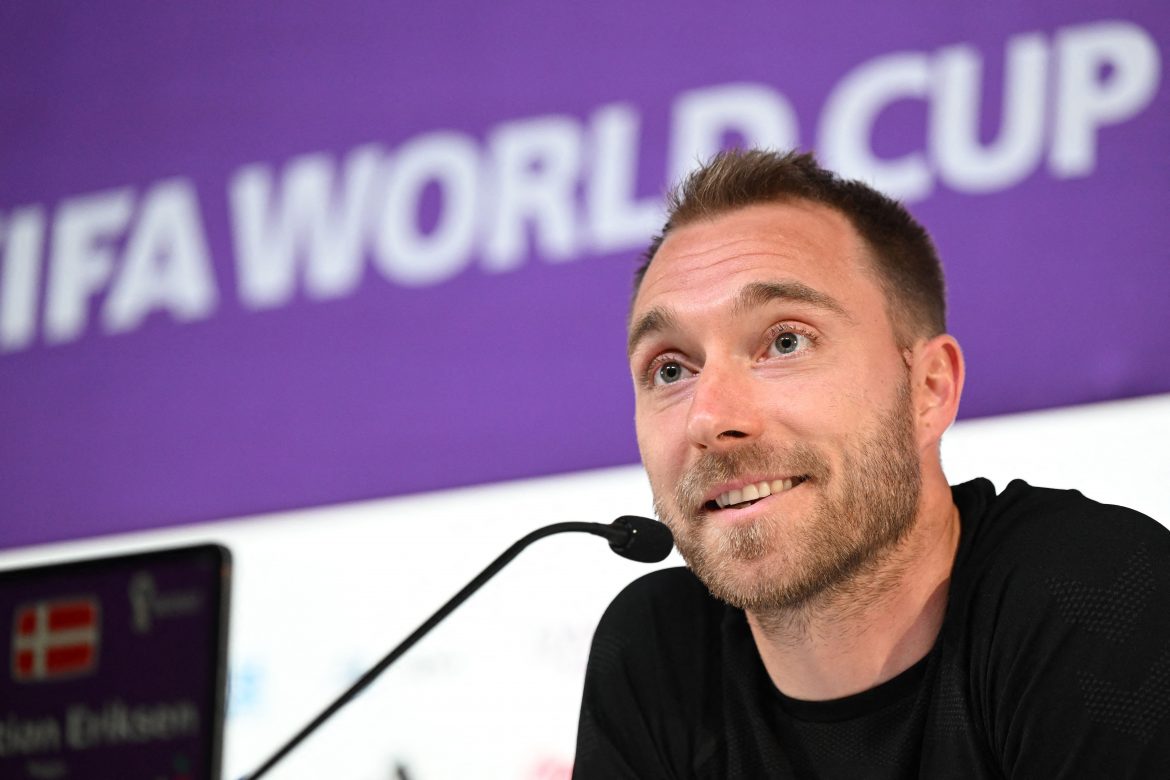 Ahead of France’s second group match against Denmark on Saturday at 17h00, Denmark’s Christian Eriksen admitted that he was ‘surprised’ by France’s win over Australia – where Les Bleus had to overcome a shock opening goal from Craig Goodwin in the first ten minutes to come back and win 4-1.

The Manchester United player, appearing in front of the microphone of BeIN Sports, warned about his team getting complacent after their Nations League win over Didier Deschamps side back in September, reminding journalists that the game will be played in a different environment, and under a different context. Yet, the 30-year old said he was ‘surprised’ by France’s strong finish against Australia, during which Olivier Giroud scored twice to match Thierry Henry’s goal record with Mbappé and Rabiot also finding the back of the net against the Socceroos.

Denmark played out a 0-0 draw with Tunisia in their opening game in Qatar, and will be hoping for a big performance against France in order to push for a chance to qualify for the knockout stages of the competition.