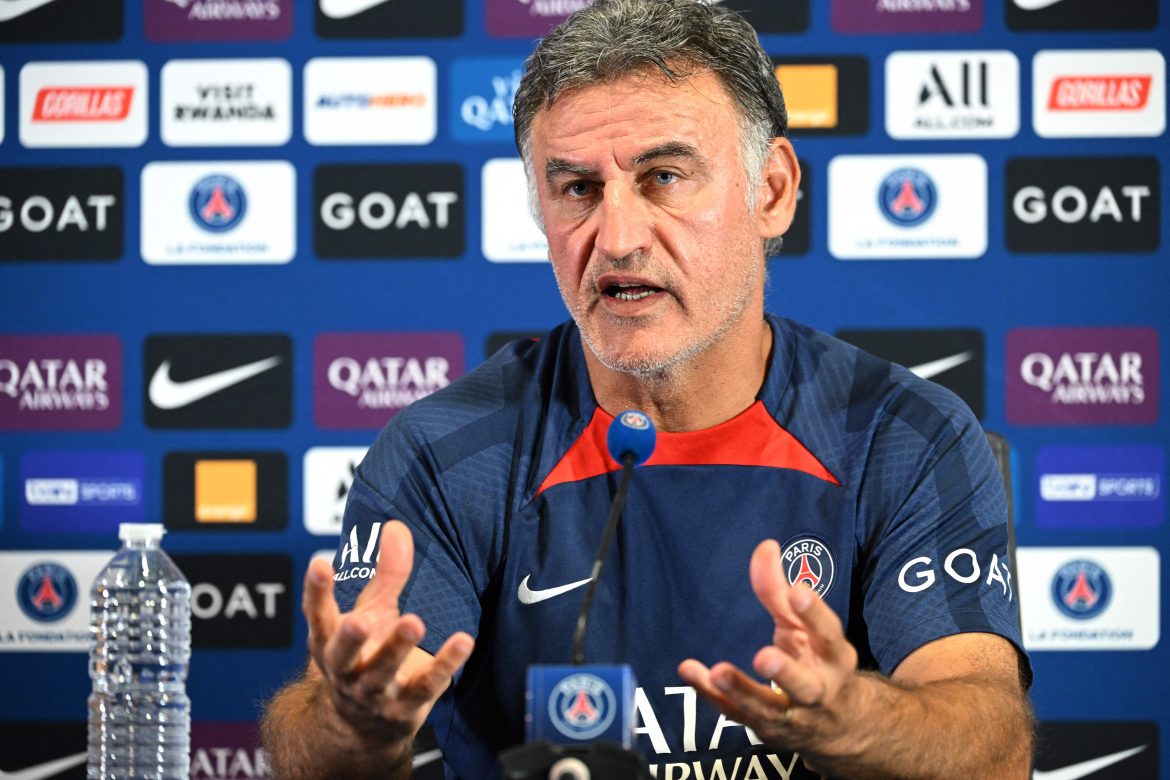 During PSG’s press conference ahead of Saturday’s match at home against Montpellier, manager Christophe Galtier  confirmed the €25m departure of Arnaud Kalimuendo to Rennes.

Speaking on the young striker, and as transcribed by L’Équipe, Galtier said: “Things were very clear about Arnaud Kalimuendo. He was coming off a very good season at Lens and he wanted the same amount of playing time. He prepared himself very well for the team. I knew from the start that Arnaud would leave us. He had the great merit of concentrating on his preparation. He will arrive, I think it will be in Rennes, and he will be ready.”

As reported by L’Équipe yesterday PSG’s young forward Kalimuendo is close to joining Rennes this summer after two productive seasons on loan with Ligue 1 Lens.

Only a few details remain to be settled between Rennes, who finished fourth in France last season, and Paris over the 20-year-old’s sale with the two clubs edging closer to a full agreement in recent hours. With the striker under contract for two more seasons in the French capital, the fee is expected to be €25m.

Interest has been strong in the player this summer after he rejected the chance to join recently promoted Premier League club Nottingham Forest while Leeds United were hoping to make a second proposal this week for Kalimuendo after they had an initial bid turned down that fell short of the €25m asking price.

The France under 21 international managed 21 goals in 65 games for Lens over the last two seasons, as well as six assists.