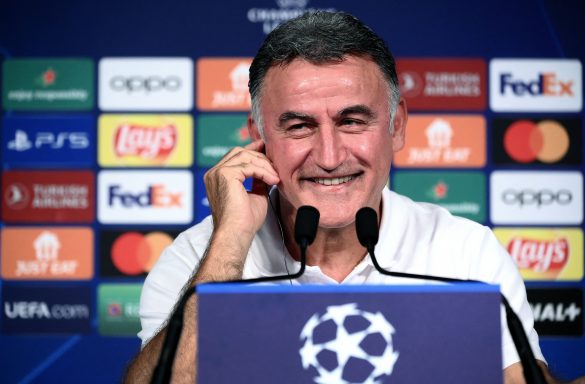 In his press conference this afternoon ahead of Paris Saint-Germain’s Champions League opener against Juventus tomorrow night, manager Christophe Galtier was asked about the squad’s use of a private jet.