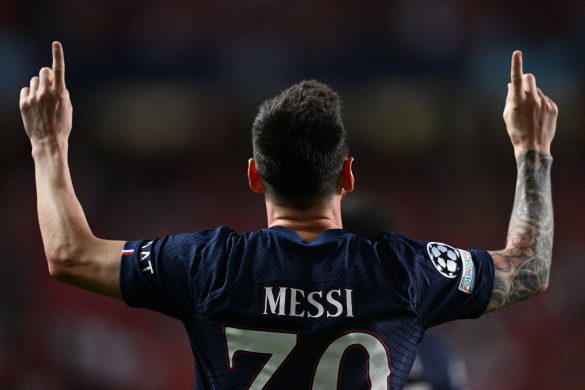 Speaking to RMC Sport after Paris Saint-Germain’s Champions League draw against Benfica, manager Christophe Galtier was notably asked about tonight’s goalscorer Lionel Messi, who was substituted with ten minutes to go and headed straight to the dressing room.

The Argentine finished off a tidy team move with a fantastic curling shot from outside the box, after an opening twenty-minute spell saw the hosts create chance after chance. The former Barcelona man was PSG’s best performer of the night, but was unable to push his teammates to the three points as a Danilo own goal brought the hosts back into it.

The fact that the forward made for the changing rooms straight away initially stoked fears of a potential injury issue, however, his coach indicated that the change for Pablo Sarabia only took place because Messi was tired.

“He signalled that he wanted to come off. On the final sprint, he felt tired. He came off as he was tired and a fresher teammate was a far more interesting option at that moment.“