Christophe Galtier on working with Luís Campos at PSG: “There wasn’t a second of hesitation.” 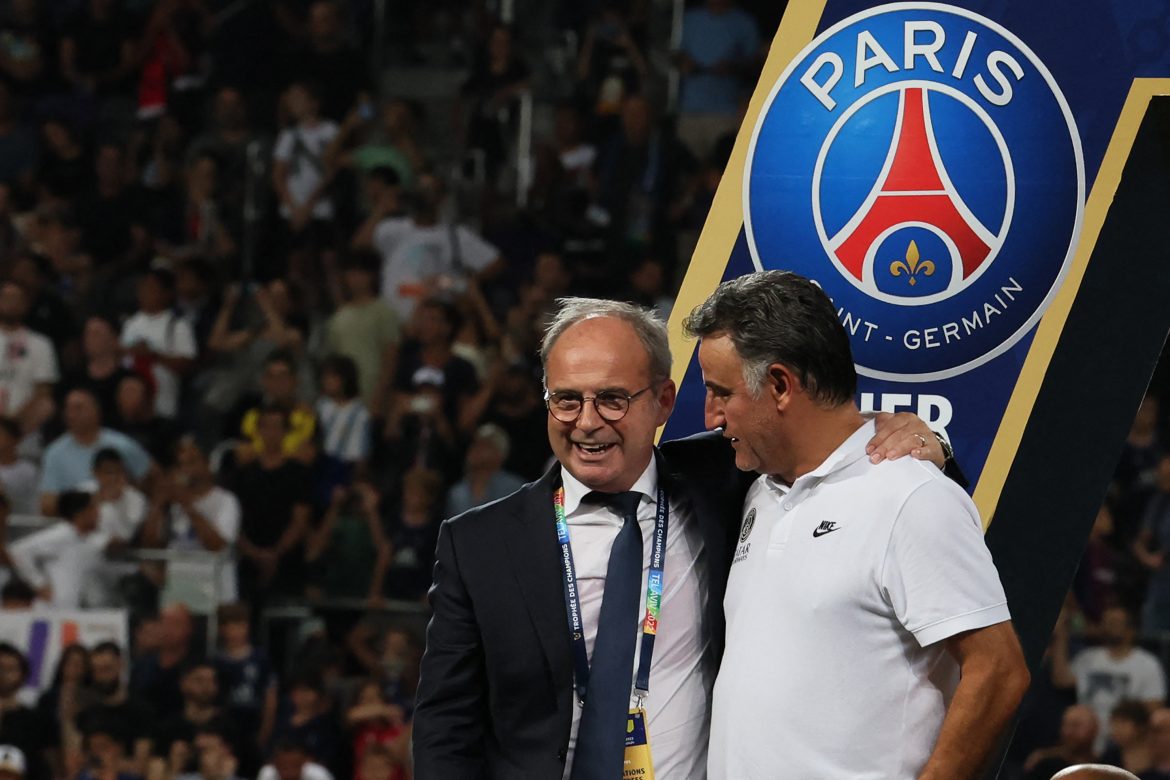 In an interview with Le Parisien ahead of the start of the Ligue 1 campaign, Christophe Galtier spoke about his working relationship with Paris Saint-Germain sporting advisor Luís Campos, who he also worked with at Lille to win the Ligue 1 title in 2020/21.

What did you say to Luís Campos when he called you to offer you the job?

“This is the best idea you’ve had in your career” [laughs], no, that’s not true. I told him: unbelievable, I’m up for it. There wasn’t a second of hesitation. I did make him repeat himself, to be sure he was talking about PSG. Especially since at the start, he was just talking about a big project. It was before the final day of the season, a decisive match to help Nice finish fith at best, that I see that Luís Campos was going to PSG. At that point I told myself, “so that’s the project”.

From winning the title at Lille to signing with PSG, would you say it was the chance of a lifetime to have met Luís Campos?

I heard, when I was at Saint-Étienne, that Luís had one eye on me and another on Leo Jardim for the Monaco project. When I made the decision to leave Saint-Étienne after eight years, I watched his arrival at Lille very attentively. I even remember having reached out to Luís to meet him and to show him my real desire to work with him. Would I be in Paris today if Luís wasn’t here? I don’t think so. We’ve gotten to know each other, to work together in… [mimes a rollercoaster] – like a couple, actually. Luís and I complement each other, and when one of us steps into the other’s area of expertise, it’s done with a lot of respect.

How do you organise your work together?

Luís, along with the president [Nasser Al-Khelaifi], defines the sporting policy that the club wants to put in place. I don’t intervene in that. With Luís and my staff, we quickly began work on a style of play, the organisation, with regard to the players who were going to stay. We thought about the best way to have them play. Then you have all the work in which he excels, notably in analysing players that make up a squad to make the team perform as best as possible.

When Luís spoke to me about Vitinha, I saw three-four flashes of him at Porto and he told me, “here, look”. He knows how to analyse a player’s strengths very precisely, we speak a lot about that, about the puzzle we need to do, and that’s very difficult. He knows which profile I want, in which sector, in terms of this given play and that given set-up – he finds them and brings them, and on my end there’s not 15 minutes of the day where I’m not thinking about my squad, about training sessions and preparing the match. Everything else around it, the comings and goings, the talks with agents, that’s a no! It’s not for me, and that’s how I like it.