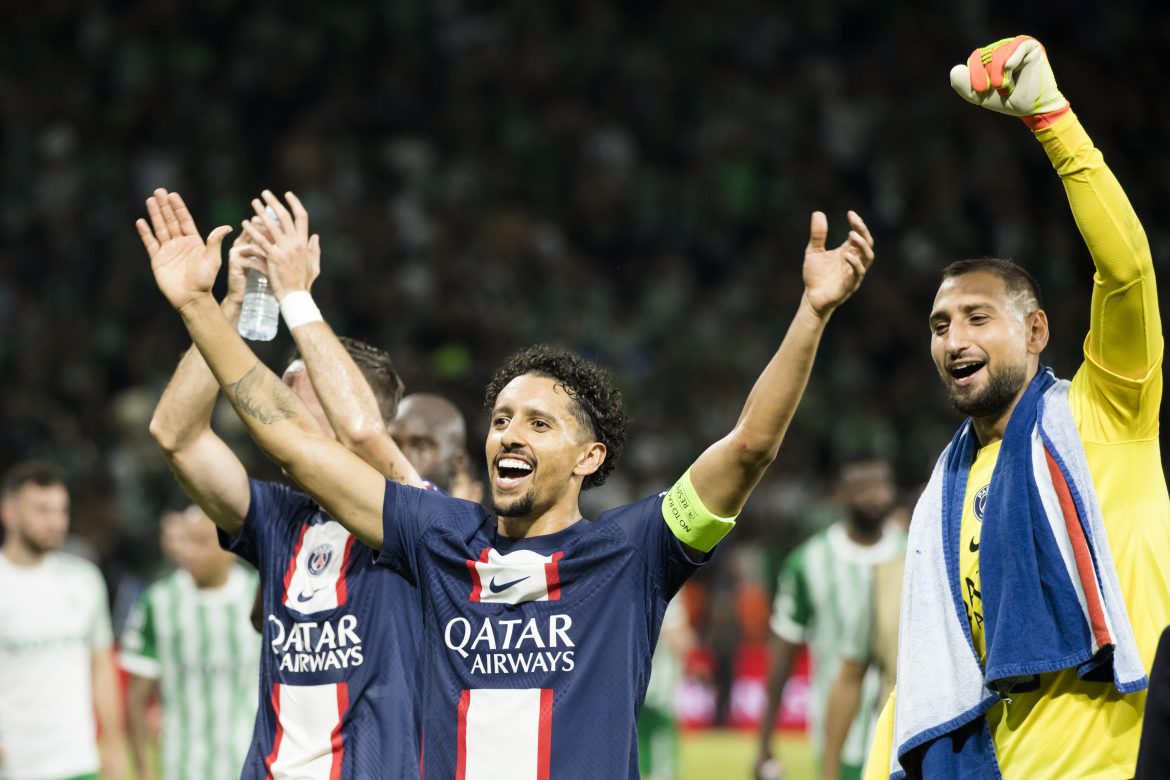 Speaking in his press conference ahead of Paris Saint-Germain’s trip to Lyon on Sunday evening, manager Christophe Galtier was notably asked about the recent downturn in form of Marquinhos.

His words transcribed by RMC Sport, the coach explained that he did not see the Brazilian, who has entered his tenth year in Paris, as being out of form, and denied that he was considering stripping the centre-back of his captaincy.

“In terms of the captaincy, I’ve never thought about taking it away from him. He knows everything. He can speak, he’s beyond reproach. He knows when he can come to see me to share certain points of view. I have several correspondents out on the pitch – Sergio [Ramos], [Presnel] Kim[pembe], everyone takes part in the life of the squad.”

“In terms of his performances, I’m surprised at your analysis. I don’t agree with it. He has to get used to a new system [a three-at-the-back formation].”