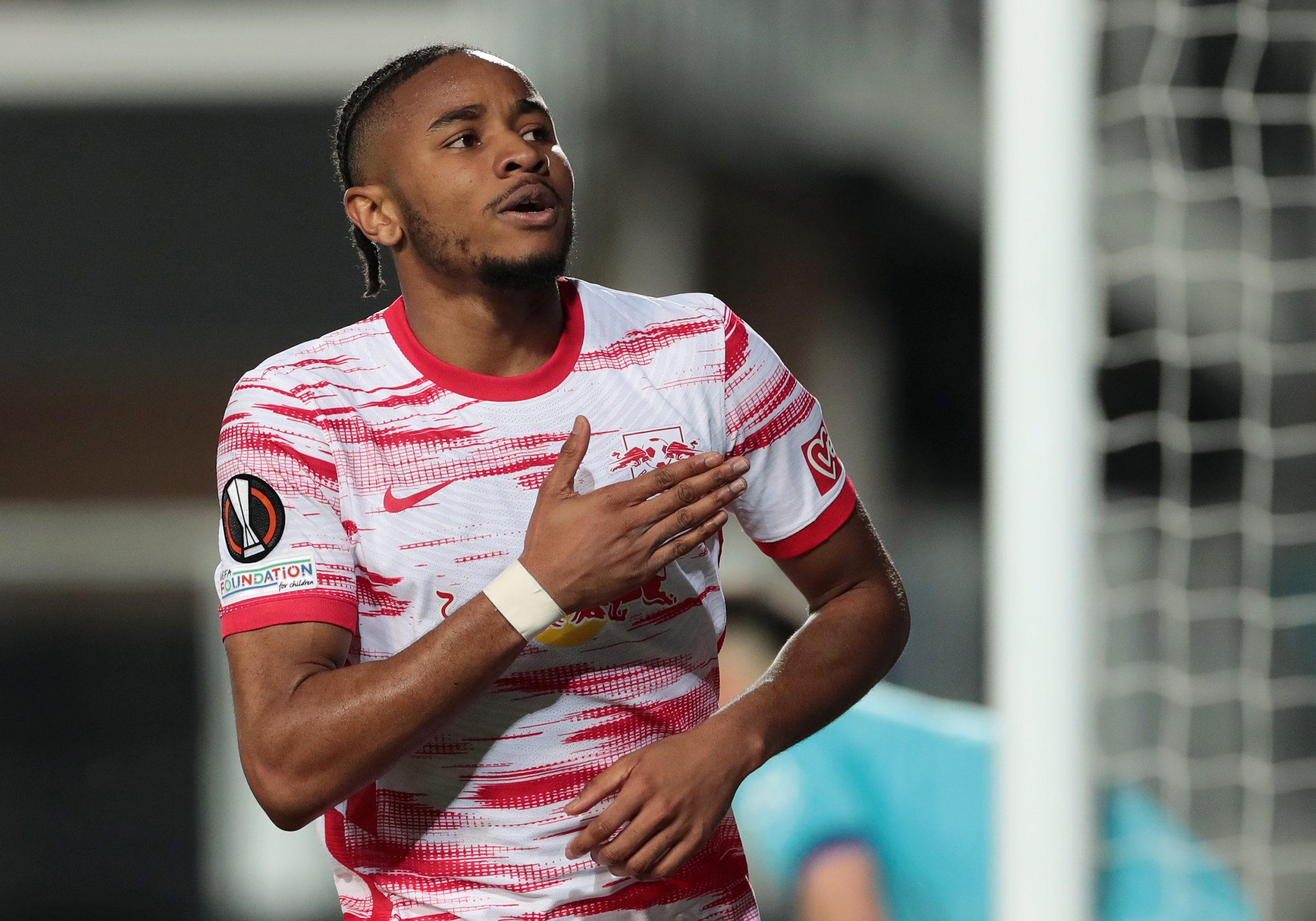 As reported by L’Équipe, RB Leipzig’s French midfielder Christophe Nkunku wants to leave the German club this summer but RBL are looking to keep the 24-year-old regardless. Set to be a major story in the summer transfer window, the new France international has amassed 31 goals and 20 assists in 48 games so far this campaign – a stunning season which has caught the attention of Europe’s top clubs.

After a deep reflection over what’s best for his development, and with the World Cup on the horizon, Nkunku has decided that, after three successful seasons in the Bundesliga, it’s best for him to move on – and Nkunku hasn’t kept such ambitions from his teammates, say the sports daily. His decision isn’t based on RBL’s inability to challenge for trophies, but more on a desire to play with and against the European game’s best players on a weekly basis.

Finding a way out might be tricky for his agent Pini Zahavi, however, after the club made it clear they want him to stay following a meeting last month. The club want to challenge for the Bundesliga and plan to invest heavily this summer, building their project around the former PSG player – who is under contract until 2024. Even an offer of €100m might not be accepted.

Manchester City are interested, AC Milan may move depending on a takeover, Ralf Rangnick has pointed Manchester United in the player’s direction, Newcastle intend to follow up their interest but the player is unlikely to be convinced and Bayern Munich see him as a possible replacement for Serge Gnabry but such a large fee could prove prohibitive.

PSG’s interest depends on club sporting director Leonardo leaving Paris, as the Brazilian isn’t keen to re-sign a player for such a huge sum that the club sold for relatively little so recently. Gianluca Di Marzio recently stated a Premier League move is a more likely option.