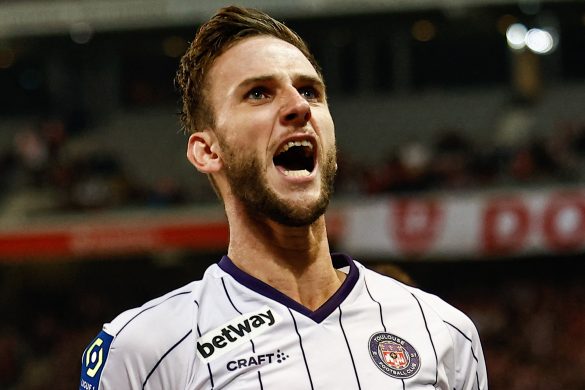 According to the Italian journalist, the Dutch midfielder should be the one to watch in the upcoming transfer windows. Van den Boomen, 27, had a stellar 2021/22 campaign with Toulouse, who secured their promotion to Ligue 1 after finishing atop the Ligue 2 points table with a four-point lead over Ajaccio.

Having amassed 12 goals and 21 assists from 37 games in Ligue 2 last season, the Eindhoven-born contributed massively to the team’s collective success.

This season, Toulouse have done relatively well in the top tier of French football. They are currently 10th on the points table with 16 points from 12 matches. Van den Boomen has played all those matches, having racked up one goal and four assists in Ligue 1 thus far.

The midfielder joined Toulouse in 2020 and then signed a contract that will run out in June 2023, making him one of the most intriguing prospects in the transfer market for clubs across Europe. The Dutchman recently admitted that he could leave the club for free next summer.

PSG reported to have never made any offer for Endrick Felipe