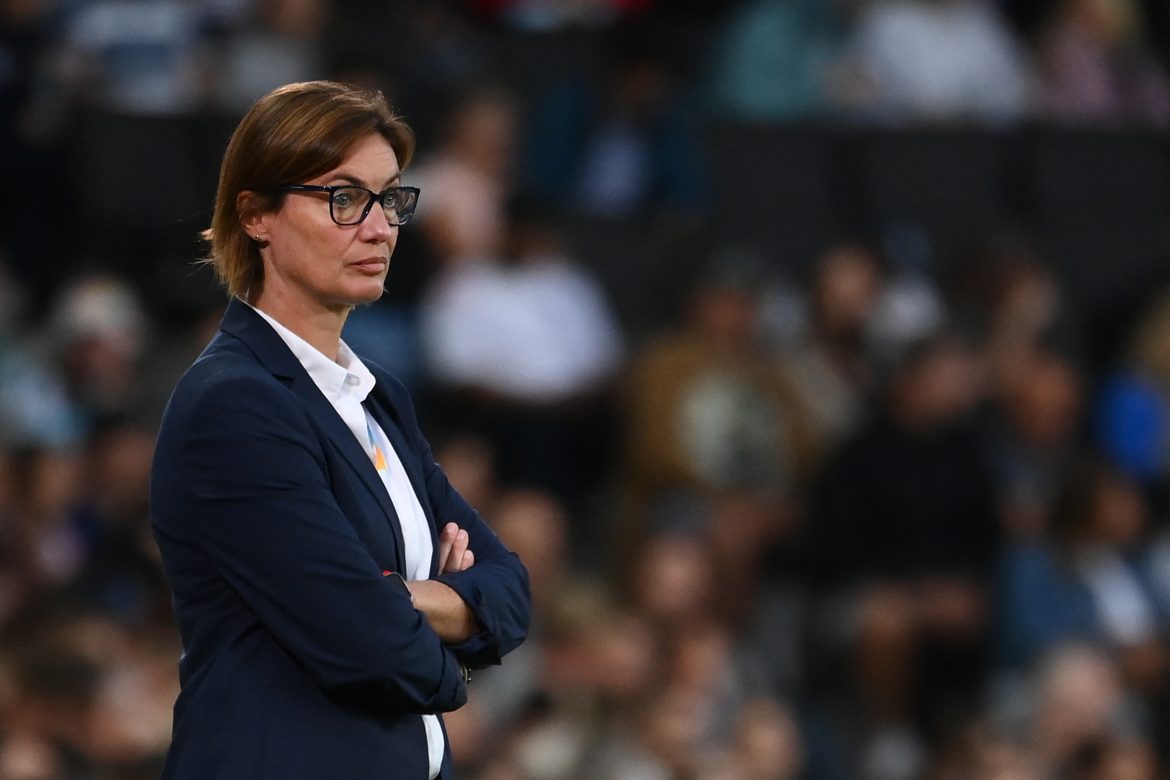 Following France’s disappointing elimination from Euro 2022 by Germany in tonight’s semi-final, manager Corinne Diacre spoke to the French broadcasters TF1 to express her feelings on the result. Les Bleues were suffocated by a strong German defence, who put a stop to an attack that had been both entertaining and dangerous throughout the tournament, and ultimately, it was Alexandra Popp’s clinical finishing that proved the difference between the sides. The French head coach’s words were transcribed by RMC Sport.

“We would have liked a different result, but we came across a solid opponent who we have to give credit to. We have no regrets, we gave everything. We have to keep working, what we did was good even if it wasn’t quite enough today. We still see what we lack compared to other nations. One day it’ll go our way. The players are disappointed, we’ll have to stick together.”