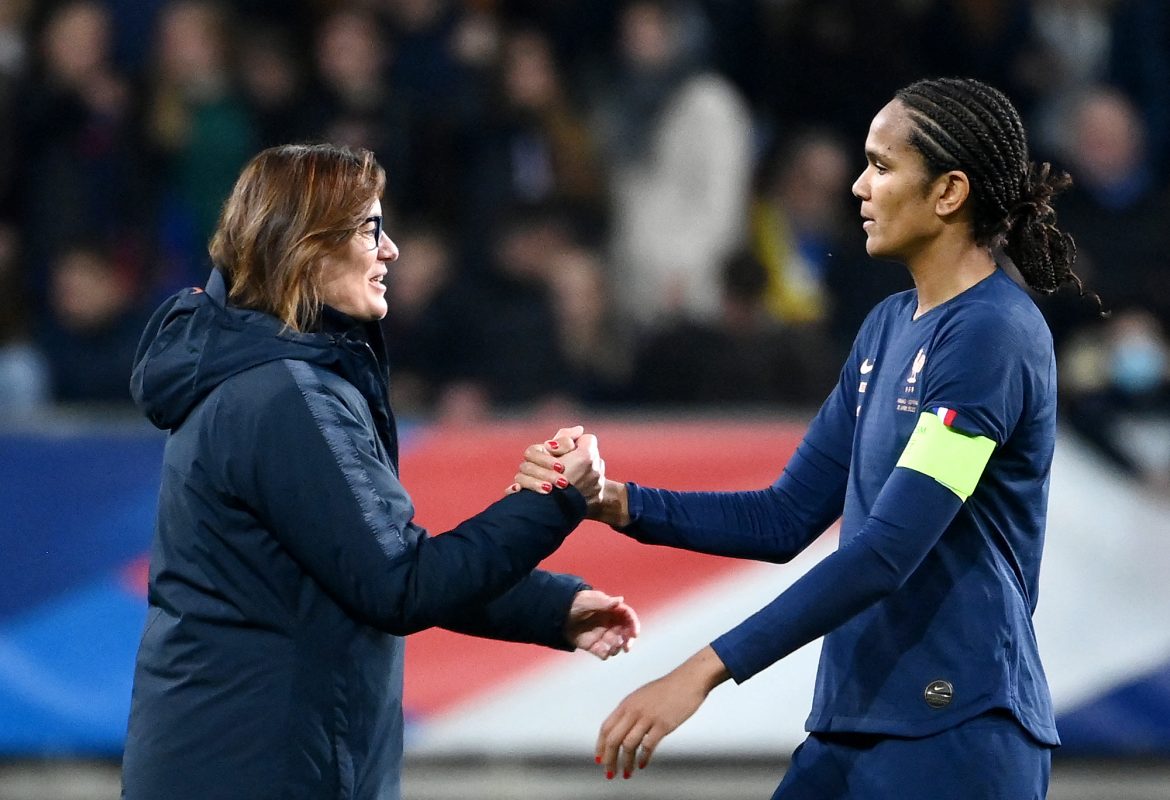 Ahead of this evening’s match between France and Italy in the Women’s Euros, Les Bleues’ manager Corinne Diacre spoke to L’Équipe about the upcoming tournament in England, her tenure over the last three years and France’s supposed ‘quarter-final curse’, which has seen them fall at the first knockout stage in all of the previous three editions of the tournament. She also spoke about the inner workings of her squad, including its strengths and weaknesses.

You’ve rebuilt the squad with youth. Has the mixture worked as you hoped?

Yes, it was a desire of mine. In a past competition, and this is the only allusion I will make to it, we had decided to stick with the status quo in relation to 2017 and our arrival in the staff. Now, I think it’s time to add a bit of youth, and experienced and winning players with the young selections. They carry us enormously on and off the pitch. There’s a good amalgamation with the older players.

The French team seams to have changed from a possession-based side to a transitional side under your orders. Do you share this observation?

It’s you who says so, rightly or wrongly. Our objective, with my assistants, is to play to win and especially to be able to adapt to the strength of our players and their qualities.

Many influential players have gradually left the squad (Henry, Le Sommer, Thiney, Bouhaddi) since 2019. Who are your anchors now?

All the players who have worn the armband recently (Bilbault, Tounkara, Torrent) obviously with the captain Wendie Renard leading the line. You could add Pauline Peyraud-Magnin (first-choice goalkeeper), Grace Geyoro (PSG captain) who is taking up more and more space, the return of Griedge Mbock, Ève Périsset too. I could virtually give you all 23 names. Each has their own personality and plays their part.

Left out in 2019 and now unmissable, Marie-Antoinette Katoto is highly anticipated. Has she given you guarantees in respect to her fitness and mental freshness during preparation?

Marie has given me guarantees since September, and even more, since she’s been with us for a while now. Marie is someone who works enormously hard. From the moment when she succeeds, it’s always good for a striker.

To what extent has the return of the armband to Wendie Rendard’s arm changed the life of the squad?

The problem is that Wendie got injured at the start of the season and we didn’t have her for the qualifiers in October and November. She’s only been with us since February but she’s an important person in the squad, with her aura, her experience and her performances. The return of the captaincy to her arm has born its fruits, she is entirely satisfied in that role.

Clara Matéo stood out during the warmups. Is she the perfect example of the renovation you’ve begun?

Totally. She’s someone who knew how to take the time to be at her best, to reconcile her professional life (a career as an engineer) and her sporting life. She’s fulfilled both plans. She will be, I hope, important for the French team during these Euros. Her form validates her very good season at Paris FC and I hope that this will be an important year for her.