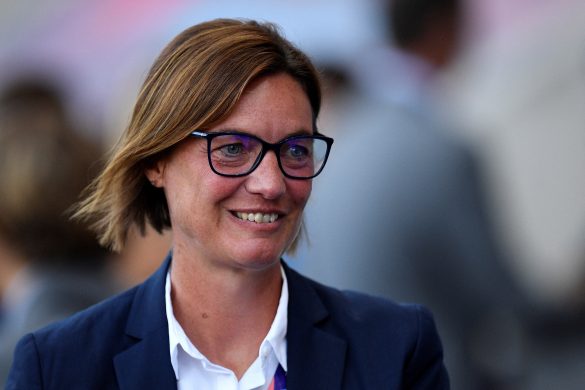 Following France’s deeply impressive performance against Italy this evening in their first game of Euro 2022, which resulted in a 5-1 victory, Corinne Diacre spoke to broadcasters TF1, with her words transcribed by RMC Sport. All five of France’s goals came in the first half, breaking the record for the number of goals scored in the first half of a Women’s Euros game. Equally, PSG’s captain Grace Geyoro (25) registered the first ever first-half hat-trick at the competition.

“We had to win this first match, that’s for sure. We’re still looking for words to explain the second half, but we had done everything in the first. That allowed us to make changes earlier in the match and give out playing time. We’re setting our sights on the next match against Belgium.”

Les Bleues’ next opponents Belgium took a point from Iceland in the other game in Group D this afternoon.