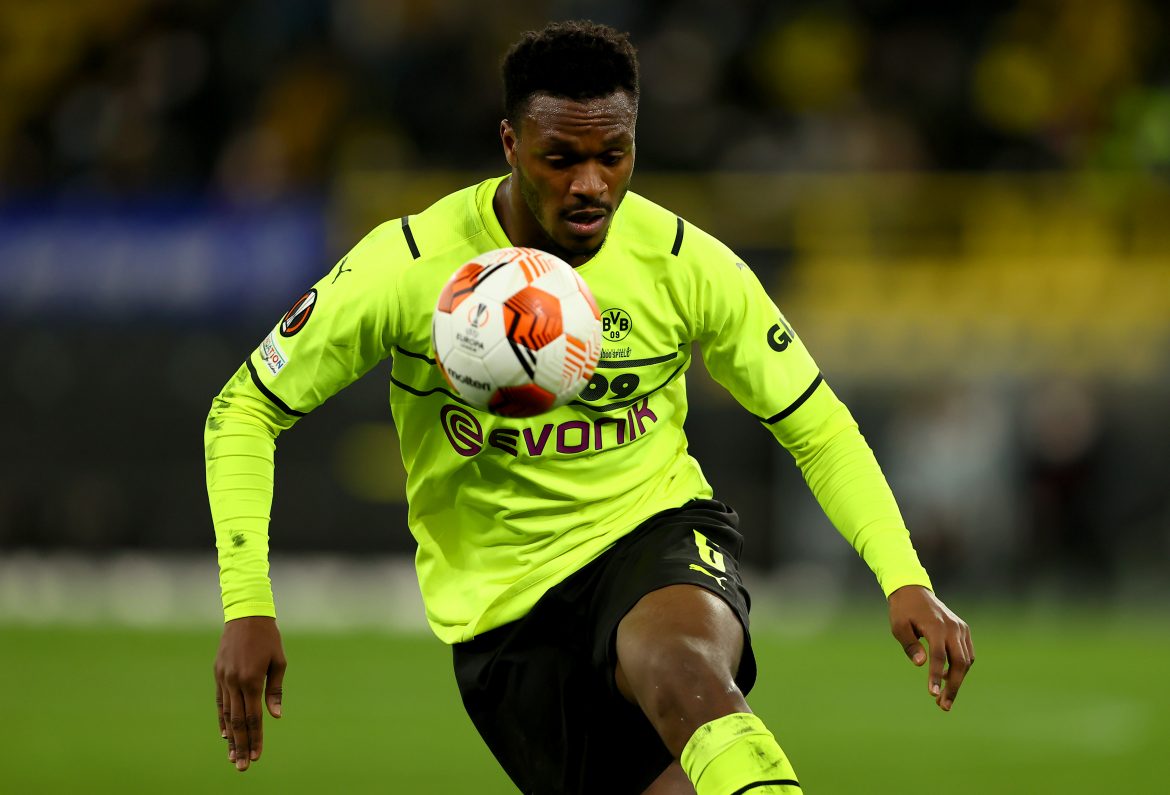 Santi Aouna is reporting that Bundesliga side Stuttgart are set to complete the free transfer of former Borussia Dortmund centre-back Dan-Axel Zagadou (23), who had been strongly linked with a move to West Ham United.

According to Aouna, Zagadou will sign for the German side “in the coming hours,” and will put pen to paper on a four-year deal. He is set to remain in the Bundesliga despite strong interest from the Premier League and Ligue 1.

According to Fabrice Hawkins, West Ham were in “pole position” to sign the France U21 centre-back, although Peter Bosz’s Lyon were also in the race to sign Zagadou.

Sven Mislintat, Stuttgart’s sporting director, has played a major role in convincing Zagadou that Stuggart is the correct move. The sporting director played a key role in recruiting Zagadou for Dortmund back in 2017. During his time there, he made 67 appearances, in what was an injury-plagued five years at the club.