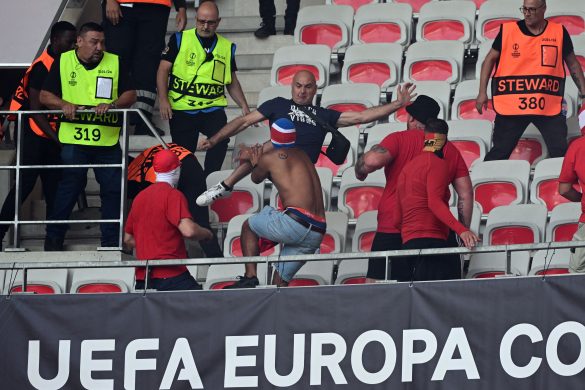 Speaking after Nice’s match against FC Köln, Dante condemned the violence that marred the fixture and caused the kick-off to be delayed by nearly an hour.

The on-pitch action was merely a backdrop to the violent scenes in the stands. The Köln away end was filled with a reported 10,000 German fans, which also included members of the “Supras” ultras group, formerly belonging to PSG. Before kick-off, the Köln fans made their way across the stadium, unchallenged to confront the small number of Nice ultras who had already taken their seats in the Allianz Riviera. Projectiles and flares were thrown.

Speaking in the mixed zone post-match, Dante said, “Before football, there is the human being, there is people’s health and that’s the most important thing. We were all really shocked by all of it. Our fans were irreproachable and that’s the only positive thing. We need to start seeing life differently. Football is good, it’s important; there’s passion and love, but there are limits. People’s health is much more important.”

Prior to arriving at the stadium, Köln also vandalised the club’s store, which is located in the main square in the city centre. Dante said, “We didn’t see any videos. There were just people informing us of what was going on. As players, we were affected by what was going on, especially what the [Köln] fans were doing in our city centre this afternoon.”