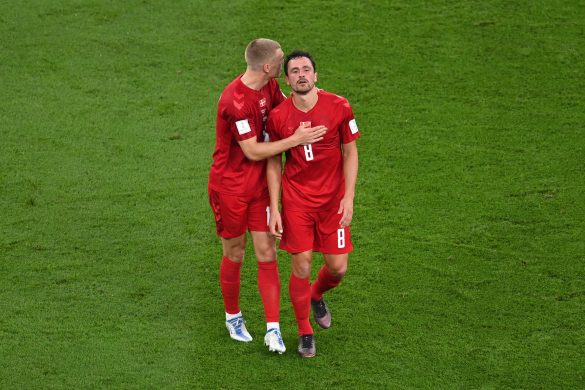 According to L’Équipe, France’s adversaries Denmark will be without midfielder Thomas Delaney, whose World Cup has finished after playing in the opening fixture against Tunisia. During the opener, Delaney exited the pitch due to injury to his left knee, which now sees him ruled out of action for four weeks.

Denmark’s federation announced this morning that the Sevilla midfielder be withdrawn from their World Cup squad, as manager Kasper Hjulmund admitted that the team will ‘miss’ the player, without detailing the precise nature of the player’s injury.

He’ll therefore not be featuring against France on Saturday at 17h00 (Central European time) as France also send home today the injured Lucas Hernandez, who was injured in the build up to Craig Goodwin’s shock opener for Australia in the 9th minute of the match. He was replaced by his brother, Théo, but has been confirmed to be suffering a cruciate ligament injury in his knee which will need to undergo surgical intervention.

Sofiane Boufal on the World Cup: “The feeling was incredible. Especially the Moroccan fans. They were incredible today”