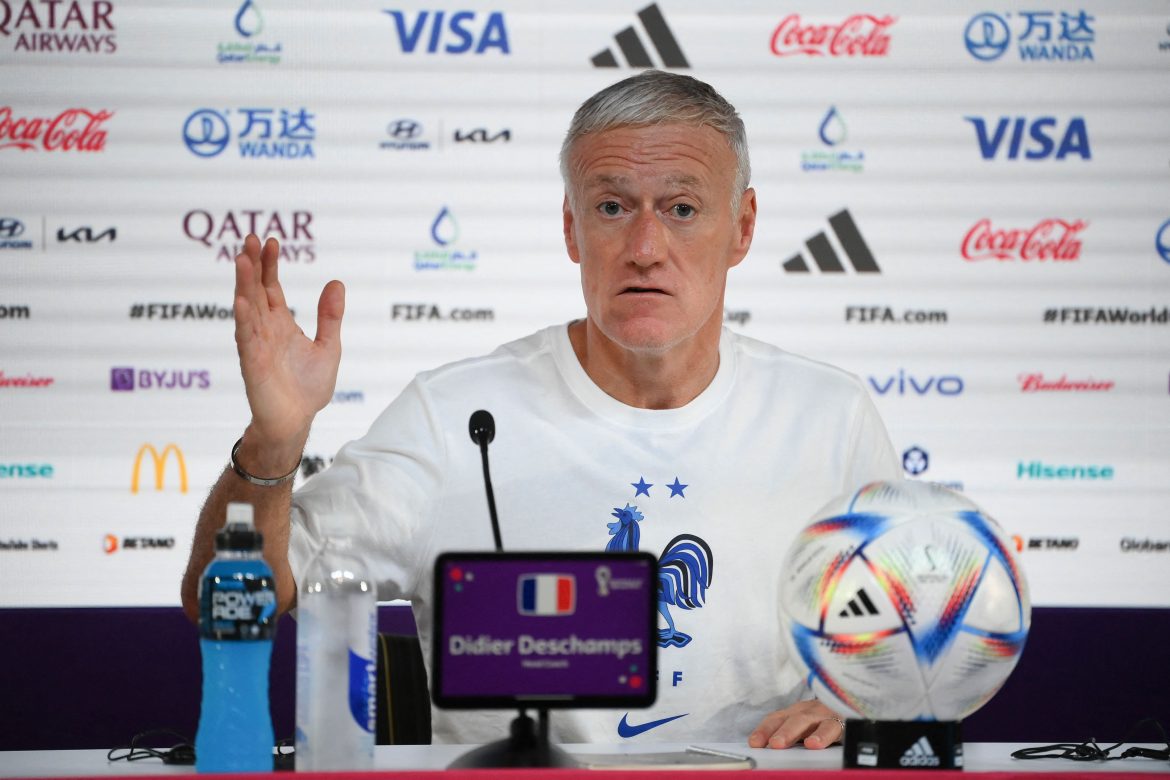 Speaking ahead of France’s second World Cup group match against Denmark, Didier Deschamps said that he believes that Saturday’s opponents are “underrated.”

Denmark beat France twice in their last Nations League campaign. The Danes eased to victory in their last match against Les Bleus thanks to two first-half goals. Deschamps’ side also failed to beat them in the group stage of the 2018 World Cup. Denmark go into the tie in need of a victory following their 0-0 draw against Tunisia in their World Cup opener.

Denmark are currently 10th in the FIFA rankings, and Deschamps believes that it is important to not underestimate their opponents. However, the France manager dispelled notions of revenge. “I’ve said multiple times that Denmark are underestimated in relation to their real value. They caused us lots of trouble so we need to make sure that we reverse the trend, but without speaking about revenge or anything like that,” said Deschamps in a pre-match press conference transcribed by L’Équipe.

He continued, “It is a team that can change systems, which can lead to more difficulties.” France face Denmark at the Stadium 974 on Saturday at 16:00 (UK), before facing Tunisia in their final group-stage game on Wednesday.