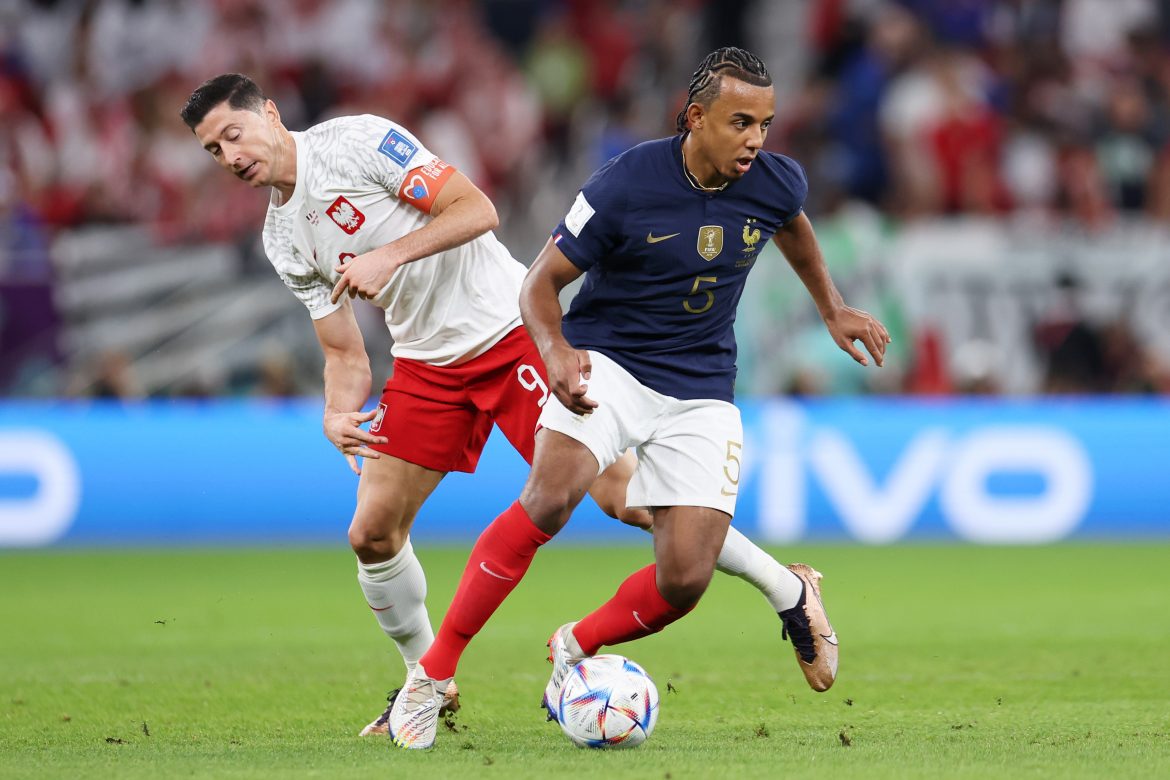 Facing the press after France’s 3-1 win over Poland to go through to the World Cup quarter-finals, Didier Deschamps was asked about the gold chain that Jules Koundé wore for most of the first half.

Koundé started the match wearing the necklace and played with it on, before an assistant referee made him aware that he was not allowed to and made the defender take it off.

Deschamps appeared to be frustrated with the Barcelona man not taking it off before the match began, and pointed to the regulations banning accessories. The France manager added that Koundé wears the chain in training as well, and sees it as a “superstition“.

“I even told him – ‘You’re lucky you’re not in front of me, or else…’.  The referee had told us that as soon as there was a stoppage in play… players are not allowed to wear a bracelet or a necklace. They’re not going to start wearing watches or sunglasses either. It’s not allowed. I thought he was taking it off but apparently that wasn’t the case, it’s our fault.”

Koundé played out the rest of the match before being replaced by Axel Disasi, turning in a solid performance as he cemented his place as France’s starting right-back, having taken over the role after Benjamin Pavard’s middling performance against Australia in the opening game.

Kylian Mbappé in his first World Cup interview: “it’s an obsession, the competition of my dreams.”