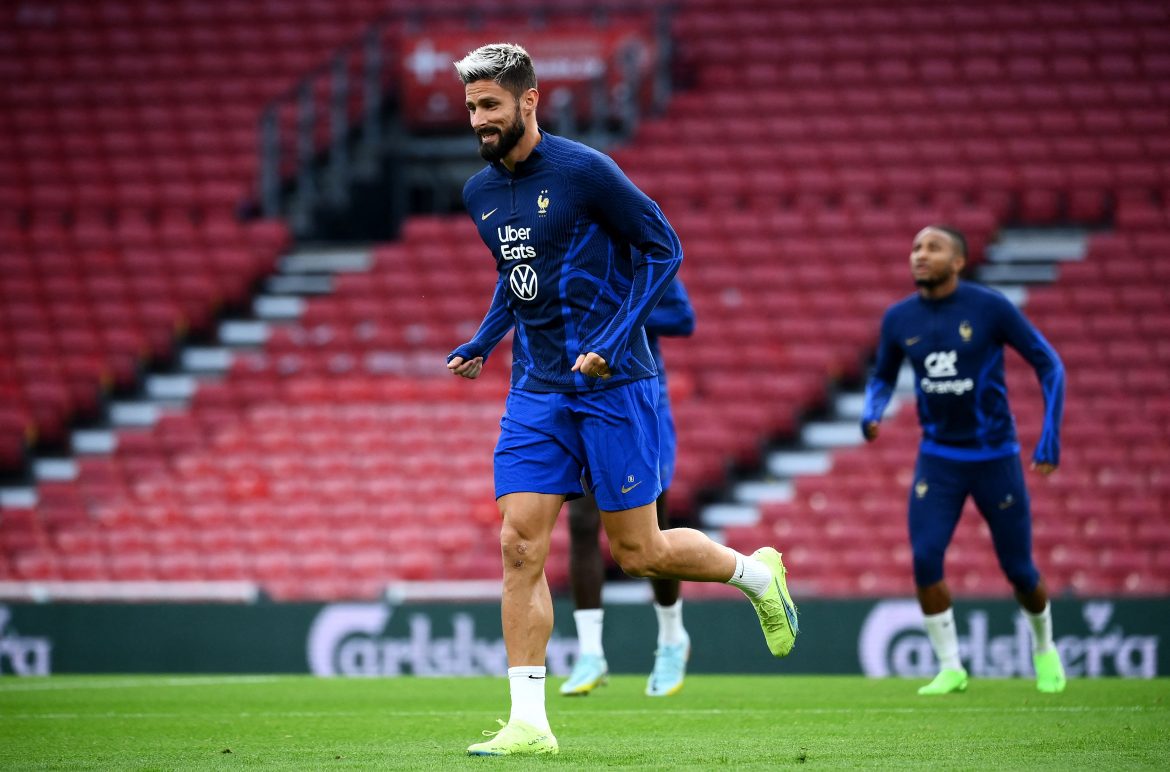 Speaking to Téléfoot before France’s fixture against Denmark tonight in the Nations League, Les Bleus’ boss Didier Deschamps was defensive over a future decision to bring Olivier Giroud to Qatar with the France squad in November, after some exceptional performances in the Nations League already for France from the AC Milan forward.

Deschamps: “I have the time, that’s it… But, did I tell you that I wasn’t taking him or that I was taking him?”

Téléfoot Journalist: “Do you know if you are going to take him to Qatar?”

Deschamps: “If I knew that… It’s not him specifically, because I don’t have all the data… But he is doing everything, in any case, to be there.”