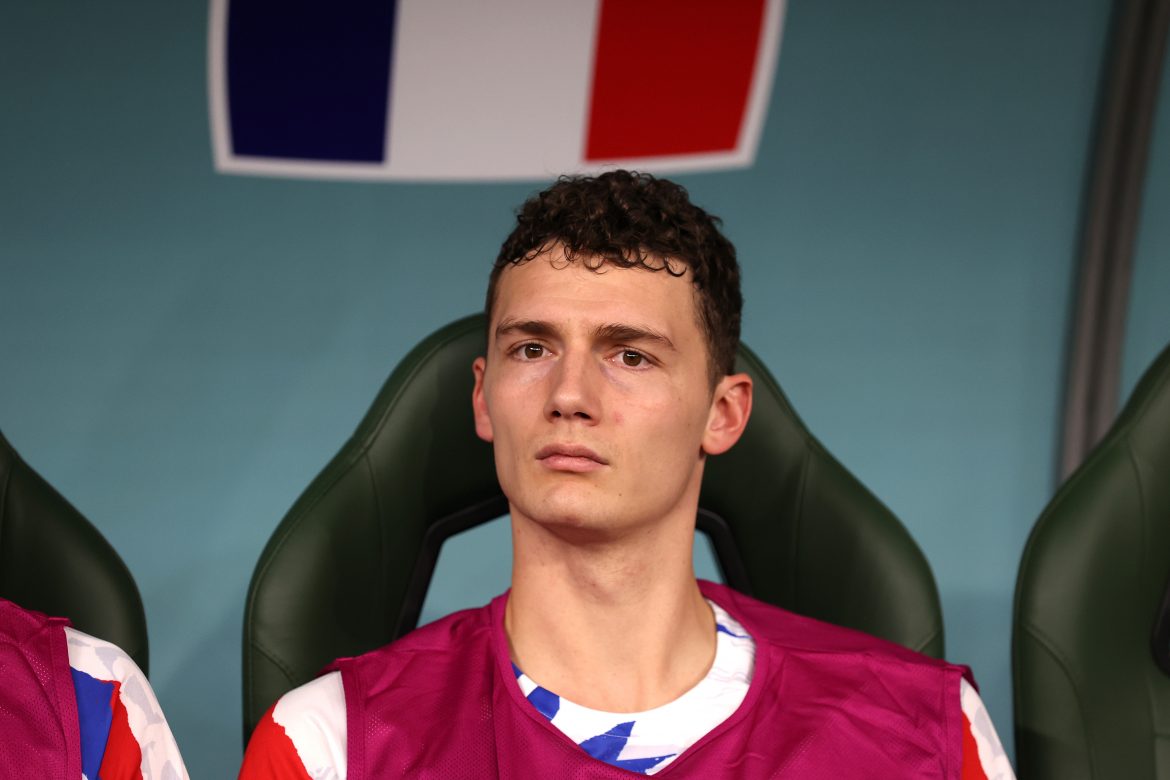 Having been dropped after France’s opening World Cup game, defender Benjamin Pavard was expected to reprise his right-back role for the final group stage match this afternoon, against Tunisia, with Jules Koundé being rested ahead of the knockout rounds.

However, the Bayern Munich man was also left on the bench, with Monaco centre-back Axel Disasi instead being handed his first start for the French national team in an unfamiliar position. Pavard had lost his place for the match against Denmark after a middling opening performance, notably losing his marker on Australia’s goal at the start of the match.

Speaking to the media after the loss, Didier Deschamps indicated that he had made the decision not to deploy Pavard this afternoon because the defender was not in the right “disposition” to play, without going into more detail. In any case, it appears that Koundé is now the favourite to start in the right-back position going forward in the tournament.

“I took the decision not to play him. I won’t go into the details. I’ve had several conversations with him. I don’t consider him to be in the right disposition. So you’ll ask me – is it physical, is it in his head? The first match didn’t help, of course. That’s why I made a different choice.”