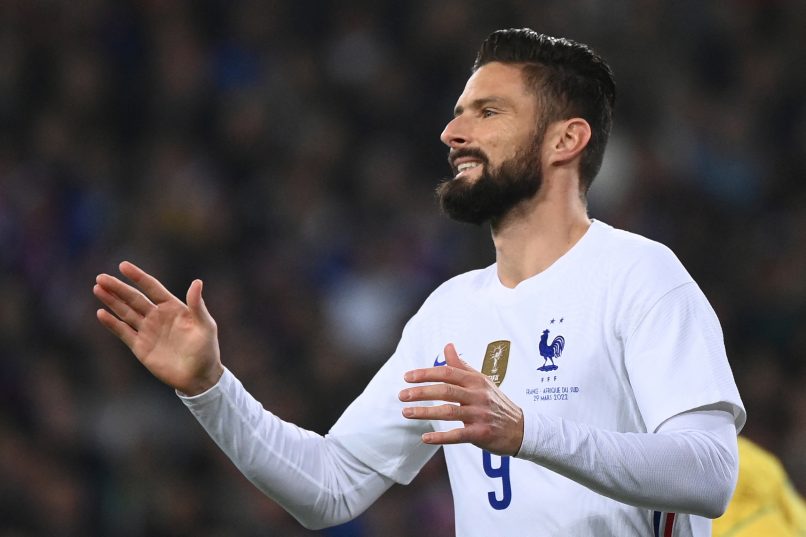 Following France’s resounding 5-0 win over South Africa last night in their international friendly, Didier Deschamps was asked by TF1 about the chances of Olivier Giroud, who scored Les Bleus’ second of the night, of making the squad for the World Cup in November.

“I’ve spoken with him about the present, like with a lot of players. As for the future, I don’t know. It will depend on a lot of things. He has confirmed when he’s with us, he has the ability to score. He added another one to the tally this evening. But we’ll see in June. His style has been well-known for a while. He’s a supporting striker. Useful in the aerial game and crosses. He has this sense for where the goal is. Even when he doesn’t score, he’s been important. I’m not asking him to do anything different than what he’s been doing with us for a long time now. Nor with his club.”