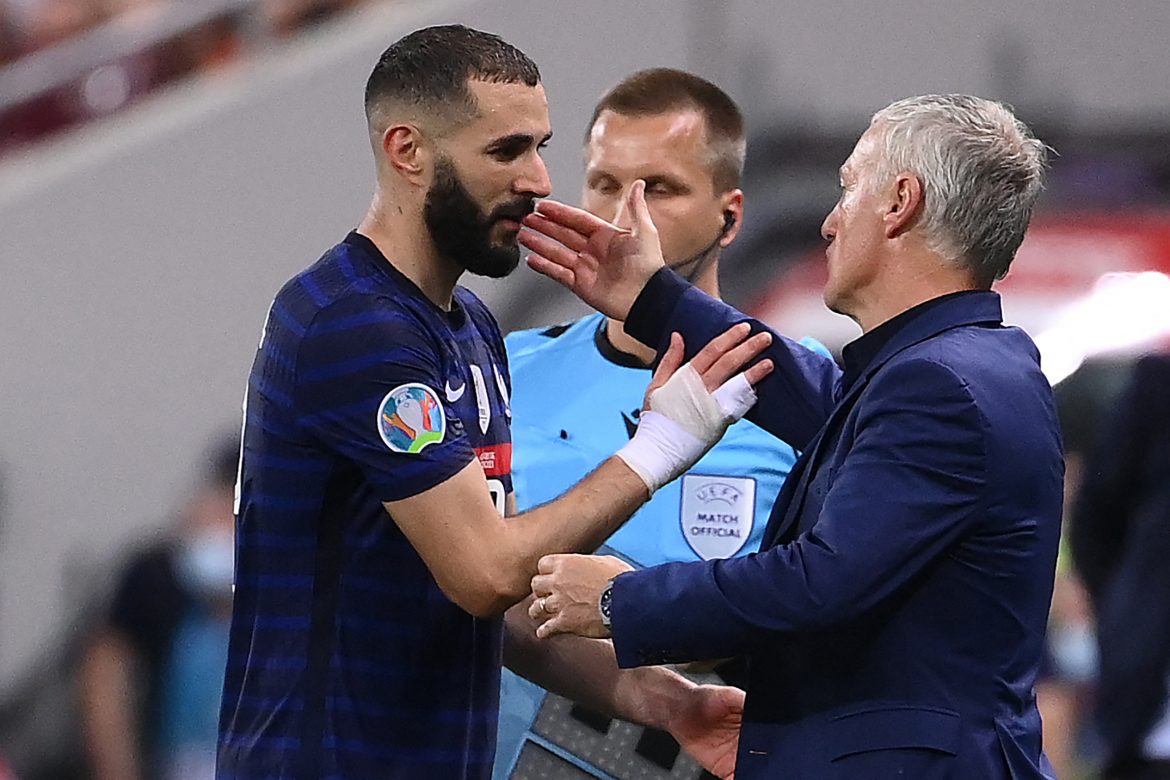 Speaking ahead of France’s final group stage match against Tunisia, Didier Deschamps has said that he isn’t thinking about Karim Benzema (34) rejoining the squad.

Benzema was listed in Deschamps’ squad despite suffering from a fitness issue. During the opening training sessions, the Ballon d’Or winner didn’t participate in collective training. Just prior to Les Bleus’ World Cup opener, Benzema took part in his first full training session but withdrew injured.

Medical tests revealed that the Real Madrid forward wouldn’t be able to take part in the tournament, and he subsequently left the France camp the following morning. However, Spanish media such as Onda Madrid have since reported that French doctors exaggerated the extent of Benzema’s injury and that the forward could in fact be fit to play a role in the Qatar World Cup. RMC Sport confirmed that Benzema could theoretically rejoin the squad.

However, the decision rests with Benzema and Deschamps, and the latter has revealed that he isn’t thinking about his return. “It’s not something that’s occupying my mind. I don’t know who’s saying what and how. You know the situation and the time that he needs to recover. I spoke with Benzema after he left us, but I don’t know where you’re going with your question. I have 24 players here and I’m thinking about them. I will let you speak, debate, and imagine, but I’m not going to comment on things that don’t concern our daily business,” said Deschamps in a press conference transcribed by L’Équipe.

RMC Sport have since said that, contrary to reports in Spain, it is unlikely that Benzema will be fit enough to return to the fold before the end of the tournament. Regardless of whether Benzema does or does not return to Qatar to participate, he will receive a winner’s medal should France defend their 2018 World Cup title.