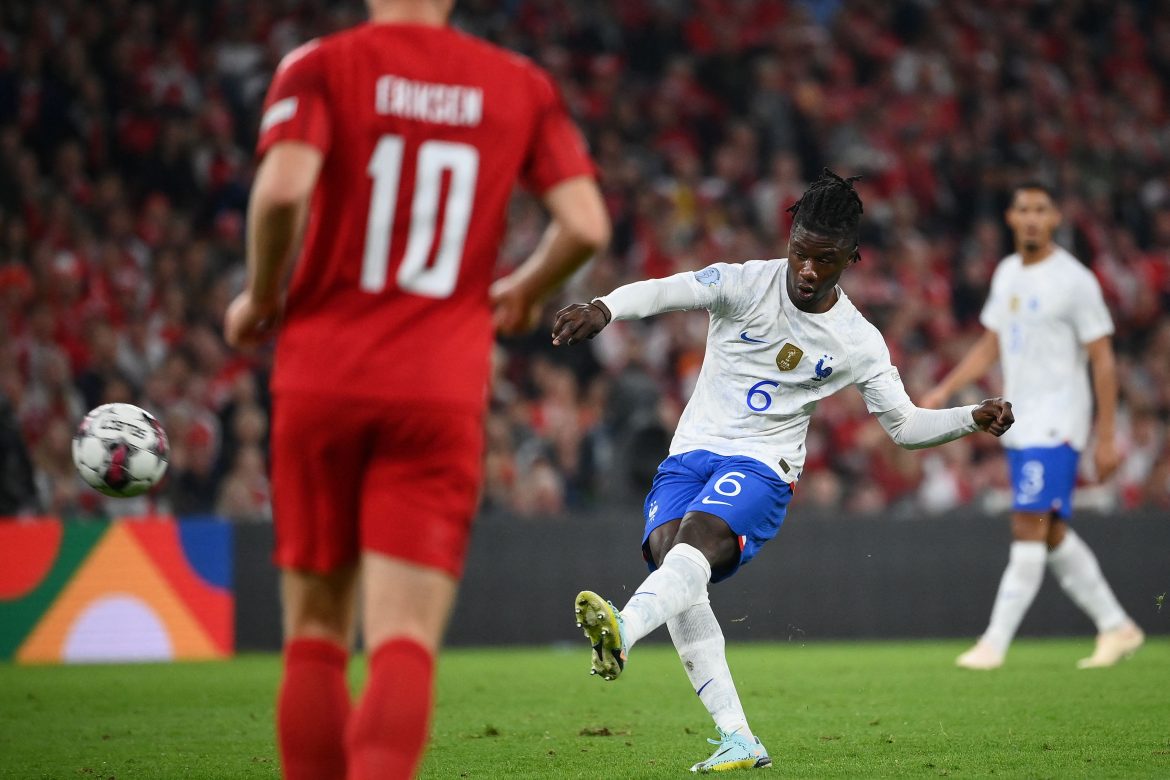 France’s 2-0 defeat to Denmark on Sunday evening was an embodiment of multiple young players failing to match their potential. Real Madrid midfielder Eduardo Camavinga was one of the inspiring bunch as he never looked confident while playing the role of a connector between Antoine Griezmann and Aurélien Tchouaméni.

According to manager Didier Deschamps, it was not the best of performances from the 19-year-old, who became the second youngest midfielder to start a game for the French national team.

As quoted by RMC Sport, Deschamps, while reflecting on the poor performance of the former Rennes man, said:

“Camavinga wasn’t in the best form. That can happen too, he hadn’t been with us for a long time, and he starts the game. He wasn’t the only one either. It will serve him for the future as it will serve others.”

Thanks to the goals from Kasper Dolberg and Andreas Skov Olsen, France swallowed a bitter pill in the form of a 2-0 defeat in their last UEFA Nations League group-stage fixture this time.

Camavinga stayed on the pitch for the first forty-five minutes of the match and then got replaced by Youssouf Fofana, with a few miss-placed passes and a couple of lacklustre tackles here and there being the highlights of Camavinga’s night in Copenhagen.