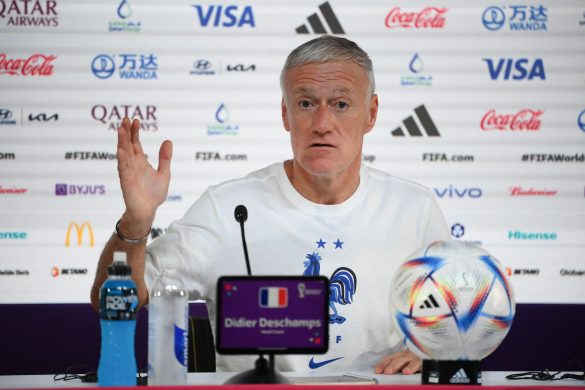 -In his press conference this afternoon ahead of France’s World Cup opener tomorrow night, Didier Deschamps notably discussed the departure from the squad of Karim Benzema, with the Ballon d’Or winner havng picked up a thigh muscle injury in his return to full training on Saturday evening.

In the wake of the forward’s withdrawal from the World Cup, Les Bleus’ manager has decided against calling up a replacement, instead sticking to the 25 players which he brought with him to Qatar last week. Among the potential substitutes for the 34-year-old were Moussa Diaby, Martin Terrier and Wissam Ben Yedder.

When asked about his reasoning this afternoon, Deschamps, transcribed by RMC Sport, indicated that he believed the squad to be “equipped enough with 25 players. There are no more changes. With the players who are here, we have what we need.”

Benzema had been an injury doubt in the lead-up to the tournament after playing only 26 minutes with Real Madrid in the last month. He was nevertheless called up by Deschamps, and had been following a personalised training plan due to ongoing knee and thigh pains – an earlier injury, though, has now resurfaced just as optimism was growing.