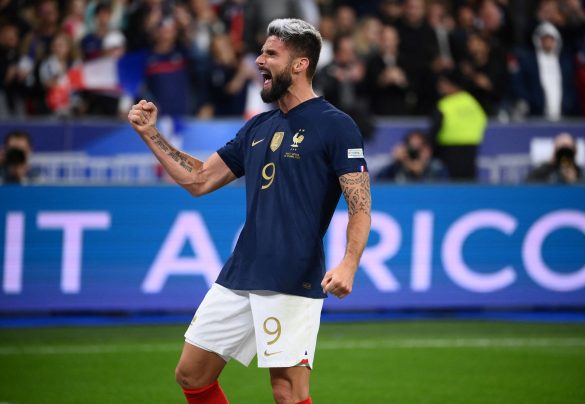 Speaking to the L’Équipe after his France team’s 2-0 win over Austria tonight, Didier Deschamps notably spoke about goalscorer Olivier Giroud’s performance and whether the Milan man had a chance at making his World Cup squad come mid-November.

The Milan striker scored his 49th for Les Bleus tonight, bringing him just two strikes off Thierry Henry’s all-time record. He also became France’s oldest-ever goalscorer at 35 years of age and 357 days, according to Opta.

His words transcribed by RMC, the France manager did not rule out a call-up for Giroud in his delegation to travel to Qatar in two months, with the former Arsenal man having missed out in June’s international break.

“I never said I was going to deprive myself of him. You’re drawing conclusions.”

“He scored, all the better for him. He’s in an excellent state of mind. He took part in a lot of plays and attacking moves. As he does almost systematically. He found himself in some very, very, very difficult situations these last few years, with little to no playing time, and every time he was called up to the France team he performed. It’s very good for the France team.”