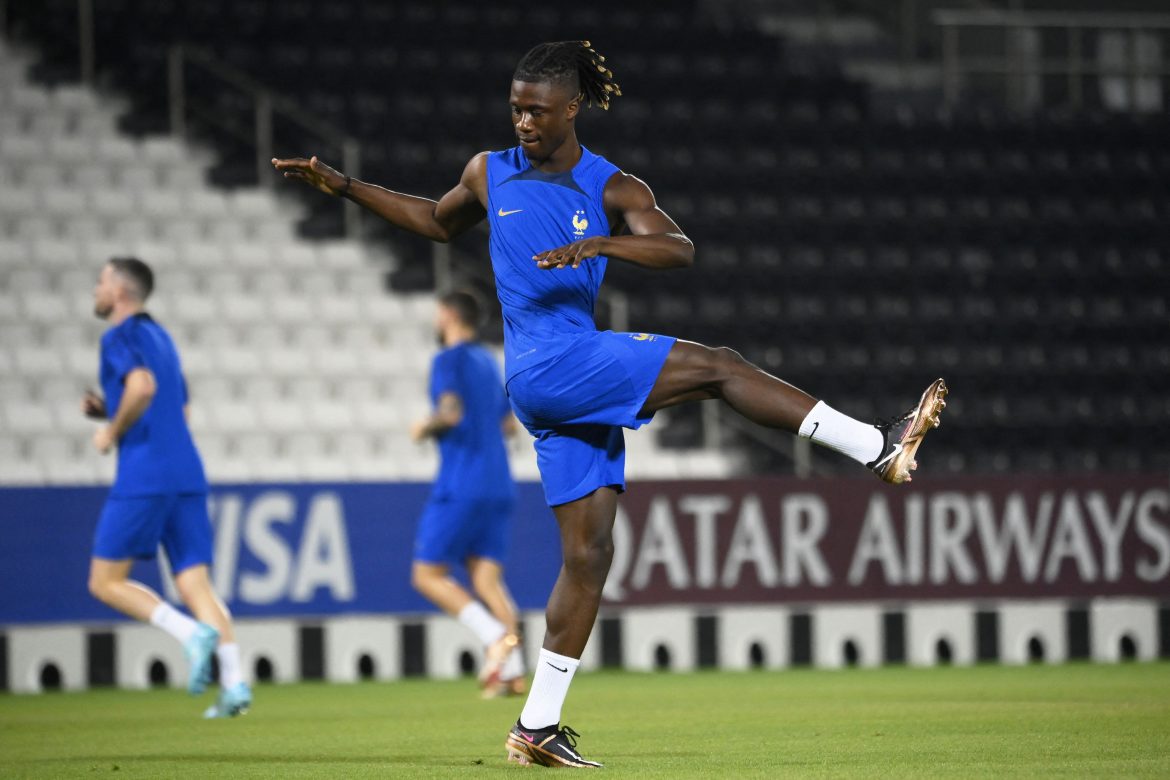 According to L’Équipe, with France already qualified and changes expected to be made to France’s starting line-up against Tunisia, Eduardo Camavinga could be mobilised at left-back in order to rest Théo Hernandez – with the Real Madrid star having played the position in two behind closed door friendlies with the rest of the France squad who have not featured in the two opening games on the group stage of the World Cup.

L’Équipe report that Deschamps could be ‘tempted’ to use Camaving at left-back against Tunisia, to provide a continuation plan in case yet another injury occurs to Théo Hernandez – similar to the injuries suffered during Euro 2020 where Adrien rabiot had to be deployed at left-back against Switzerland (a match which saw Les Bleus draw 3-3 and lose on penalties 4-5 and were eliminated from the competition).

France are set to make six or seven changes to their starting XI for their final match of the group stage against Tunisia with qualification already assured.