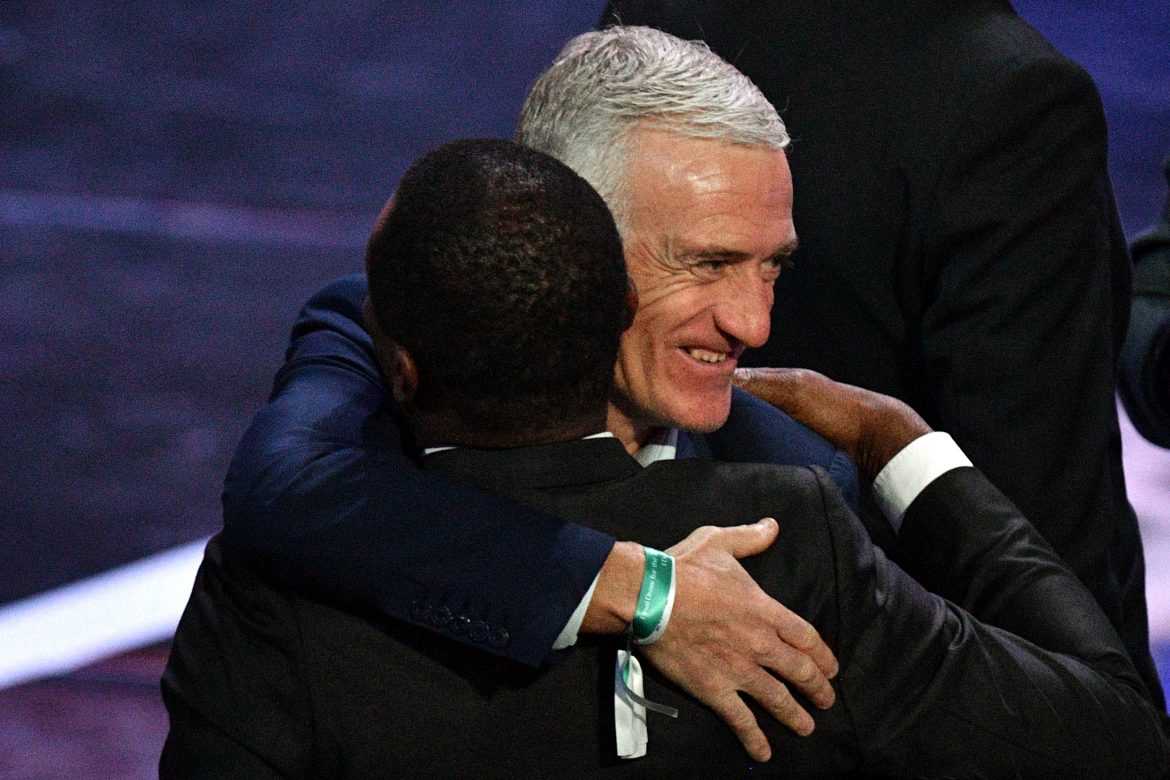 Speaking on beIN Sports in the wake of France’s 4-1 victory over Australia last night to open their World Cup campaign, Didier Deschamps notably poked fun at his former teammate and now-pundit Marcel Desailly.

The pair have known each other since coming through the youth academy at Nantes together and starting their careers with Les Canaris, and went on to lift the World Cup together in 1998.

On air last night, they initially discussed Deschamps’ record-breaking tenth World Cup win as France manager – to which the former Marseille coach pointed out that he was always likelier to reach that figure than others, given he has been in the job for ten years.

Deschamps then went on to respond to Desailly with a more tongue-in-cheek statistic, in reference to the numerous ceremonies the former Chelsea defender had taken part in with the World Cup trophy in the last four years, including the opening ceremony a few days ago:

“Nobody will be able to beat your record, Marcel, as the person who’s touched the World Cup trophy the most in the last four years!”