Didier Deschamps tests midfield three with Griezmann at No.8 in France training 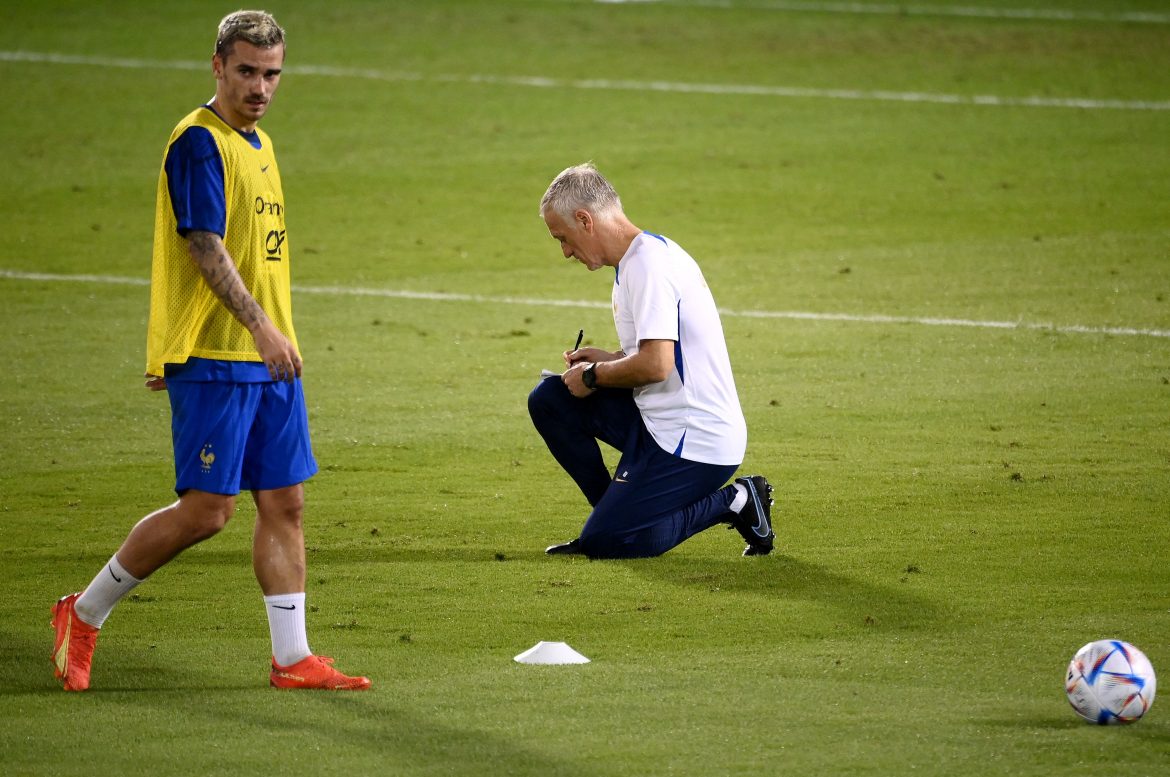 According to Fabrice Hawkins, Didier Deschamps tested a full eleven in France training on Friday evening, which featured Adrien Rabiot and Antoine Griezmann in the number eight positions, with Aurélien Tchouaméni sitting in the defensive midfield position. This comes four days before France play against Australia in their World Cup opener.

Currently, Dayot Upamecano and Ibrahima Konaté are being tested as the two centre-backs in a back four, with Lucas Hernandez and Benjamin Pavard at left and right-back respectively.

Meanwhile up front Kylian Mbappé is taking up the left side of a front three which sees Olivier Giroud as the centre-forward with Ousmane Dembélé on the right-wing. From what the RMC Sport journalist reports, Dembélé’s role looks to be a danger uniquely down the right-hand side which leaves Mbappé the room to express himself on the left – his role however looks a lot more fluid given his importance to the France attack and his ability on and off the ball.