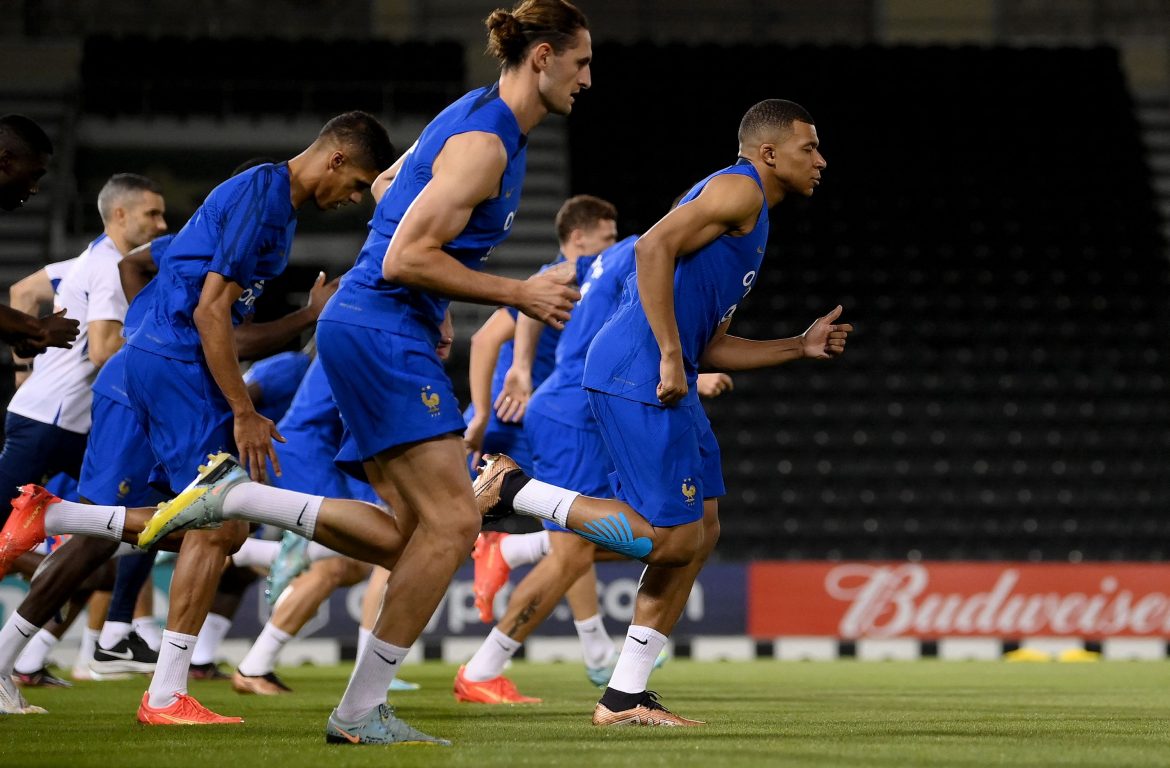 As reported by RMC Sport, the French team is back to its full complement in today’s training session in Doha, after Alphonse Areola returned from the treatment room following his lower back pains which kept him sidelined for yesterday.

All 24 players who are available were in action on Tuesday – Lucas Hernandez is injured for the rest of the tournament and Karim Benzema appears unlikely to return.

The session did not appear to give any indication regarding the starting lineup for tomorrow’s final group stage match, against Tunisia, although Didier Deschamps will likely rotate the starting eleven, with Les Bleus’ spot in the knockout rounds already confirmed.

In any case, the France manager explained in his press conference earlier in the day that he would only be making a final decision on the lineup tomorrow, leaving tomorrow’s opponents in the dark as to the exact lineup Les Bleus will take to the pitch with.