Didier Deschamps: “We’ve got a solid squad that want to achieve great things” 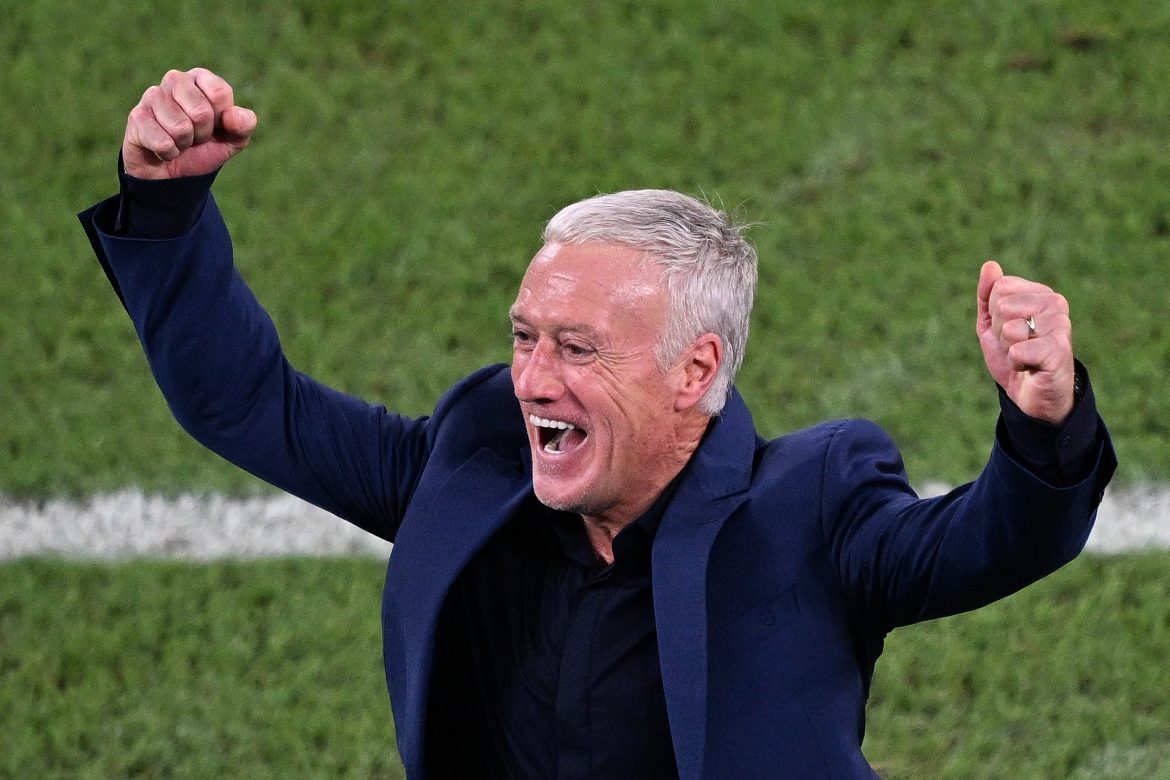 Following France’s qualification thanks to a  2-1 win over Denmark in their second group game, Les Bleus manager Didier Deschamps spoke to TF1 directly following the match about praising his squad, and that Les Bleus can be at ease going into the last fixture against Tunisia, but reaffirmed that it is an opportunity to finish top of the group.

Speaking about the match, Deschamps praised the collective effort shown in the first half, and thanked the individual quality displayed in the second – despite having difficulties following Denmark’s equaliser via an Andreas Christensen header in the 68th minute.

He also said it is a relief to qualified, and that “it is a great chance to get first place in the group, we are in an ideal position” before explaining that “The squad is solid, and we hope to achieve great things.”

France are now through thanks to a double from Kylian Mbappé, who is now on 31 goals for France, going ahead of Jean-Pierre Papin and Just Fontaine and is now level with Zinedine Zidane’s France record.