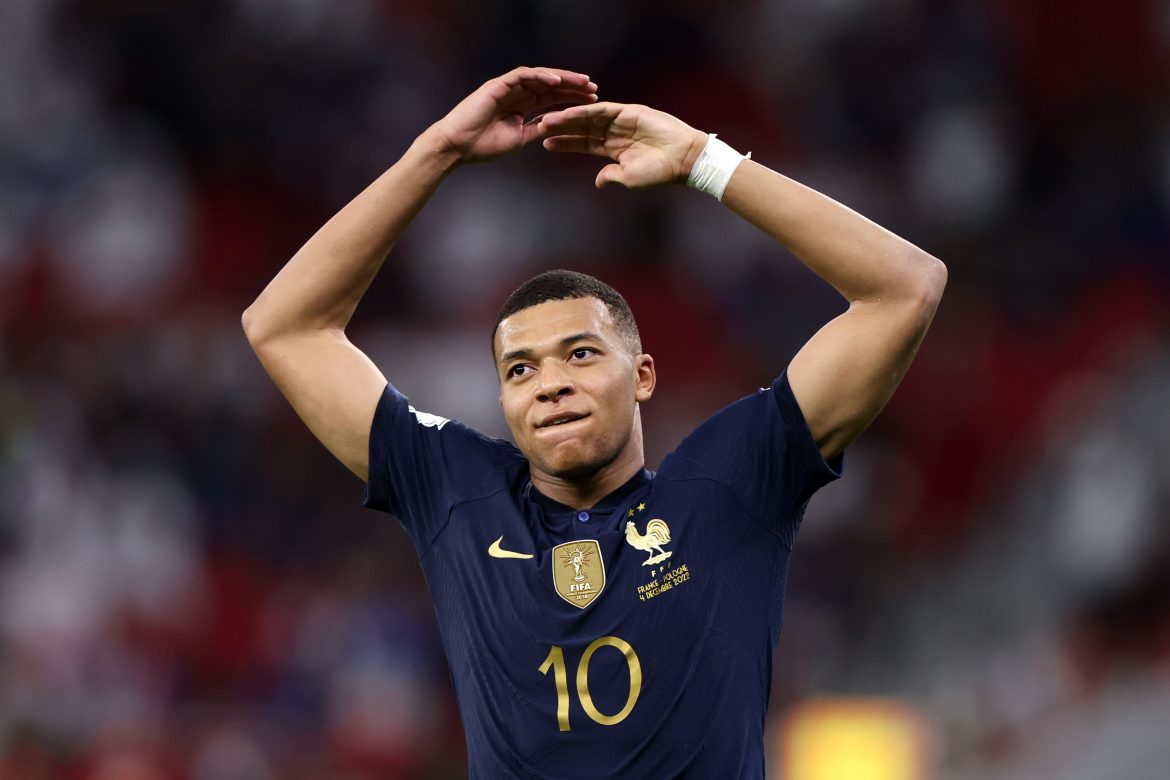 Speaking to L’Équipe ahead of France’s crunch quarter final tie with England in the 2022 World Cup, former Monaco defender Djibril Sidibé spoke about France’s star-man Kylian Mbappé, and how much the big occasion is made for the Paris Saint-Germain forward.

Sidibé said that Mbappé knows that it is through these big occasions that Kylian Mbappé could “become a legend” in the matches “that count”. The former Ligue 1 defender then went on to say that Mbappé is “programmed” for it and that the pressure is on him, but that it is “positive” for the 23-year old who has a “major role to play for French football and French society even”.

Kylian Mbappé has already taken over ZInedine Zidane’s France record during the match against Poland, scoring twice to overtake the 1998 World Champion and French icon on 32 goals for Les Bleus – he is currently the 2022 World Cup’s top goalscorer with 5 goals to his name.