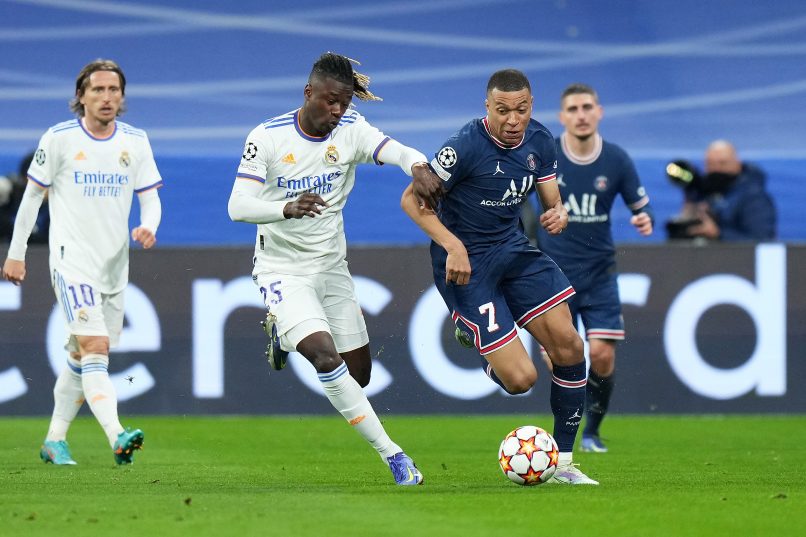 Following Real Madrid’s victory over PSG in last night’s Champions League Round of 16 tie, French teenager Eduardo Camavinga spoke to RMC Sport about his performance and that of his compatriot, Karim Benzema.

“I gave the best of myself to give the coach confidence again. I’m happy that after I came on, we scored three goals thanks to Karim. We’re happy with the win today. We dealt out a heavy blow today. We went a goal down but we didn’t give up, we managed to get three goals back even if there were some people who thought we were finished. But you always have to believe and we’re very happy today.”

“He’s a leader, he’s the captain, it’s he who shows us the way as he did today. He gave us three goals, he saved us, but that’s Karim.”