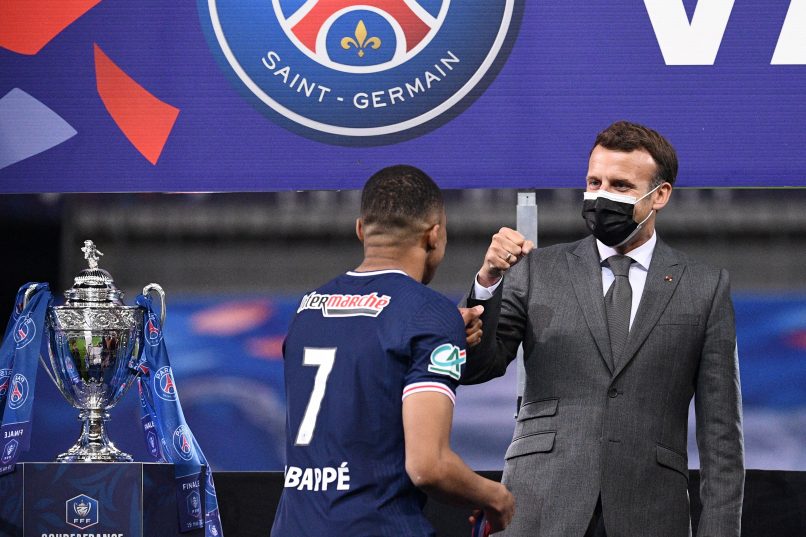 As reported by RTL, French president Emmanuel Macron has kept in regular contact with Kylian Mbappé since they met at l’Élysée, the residence of the French head of state, in 2018, before the World Cup in Russia.

Since this meeting, during which the president was reportedly impressed by the teenager’s eloquence, the two men have communicated directly with one another, without intermediaries, and via phone calls and text messages.

Their conversations have included a variety of subjects, naturally including football, but also the future of sport and questions of society. It is reported that the president wants France’s star striker to extend his contract at PSG, before it runs out at the end of this season.

Mbappé also helped Macron with the vaccination campaign during the Covid-19 pandemic, posting an image of him receiving a dose in Spring 2021. Given the size of the 23-year-old’s following, such messages hold great significance. With the second round of the presidential elections coming next Sunday, RLT also reveal that Mbappé could give his support to Macron’s re-election campaign.

While Dimitri Payet and Blaise Matuidi were part of the 50 French athletes to publish an open letter in Le Parisien this week calling for voters to choose Emmanuel Macron over Marine Le Pen, there is no certainty that Kylian Mbappé will make make such a clear statement.