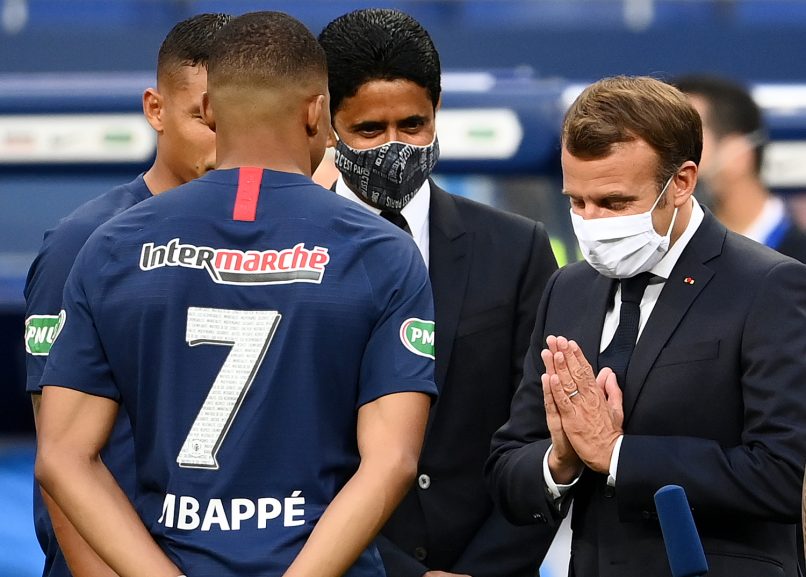 As reported by So Foot, in speaking with Quotidien, French president Emmanuel Macron said he suggested to Kylian Mbappé that the Paris forward stay in France next season, amid constant speculation over the player’s future, but that the 23-year-old move to Marseille.

With Mbappé’s PSG contract set to expire at the end of the season, Macron, famously a Marseille supporter, explained that he was unsuccessful, however:

“There is no question, unfortunately, that Kylian Mbappé will go to Olympique de Marseille. If he was ready to go there, I would have fought for it, but he told me ‘no’ very quickly… It’s better to fight for him to stay in the French league because he’s still a huge player.”