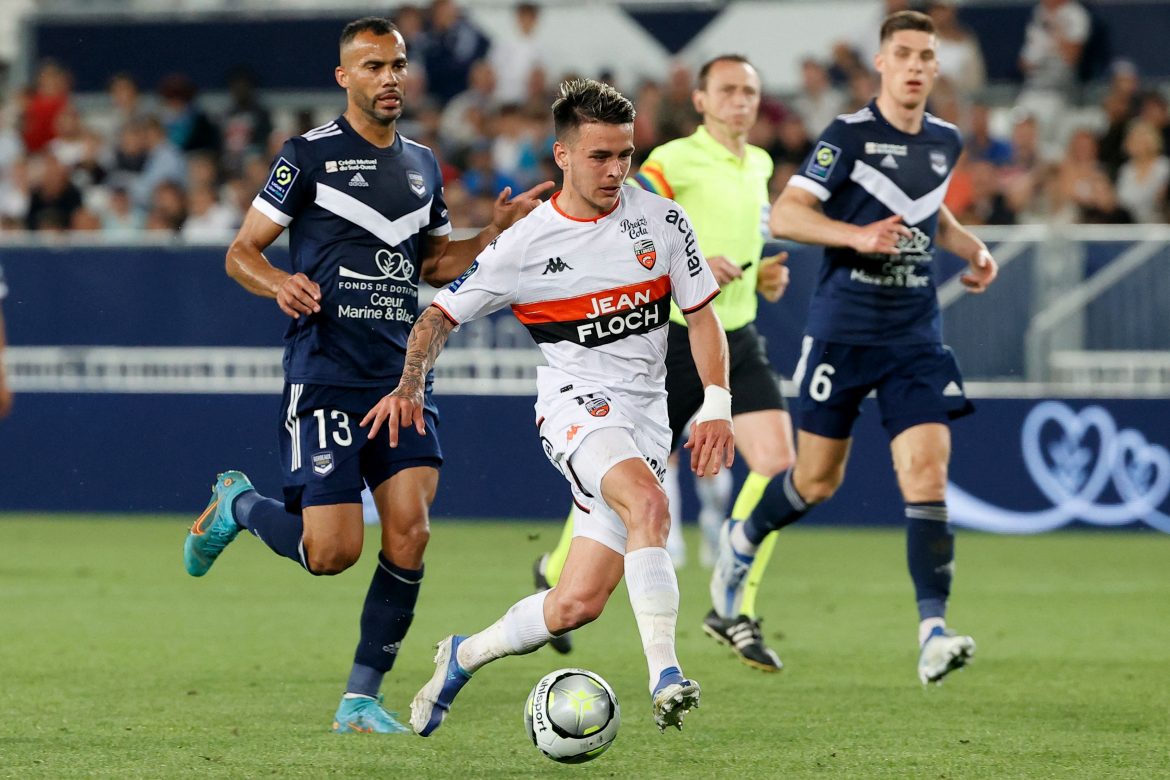 RMC Sport report this afternoon that Lorient midfielder Enzo Le Fée is set to meet with his club ahead of pre-season next month to discuss his future, with a departure expected this summer.

His agent Emmanuel Lacroix has explained that two German clubs are in advanced contacts to sign the midfielder, whose contract with the Breton club club runs until the end of the 2023/24 campaign.

The meeting with the Lorient management will then serve to determine the transfer fee. Lacroix also explains that Le Fée could also remain in France whether that be at Lorient or elsewhere.

He adds that Le Fée’s dream club is Barcelona, a team Lacroix is “convinced” the Frenchman will play for one day, and that “given his qualities, it’s easier for him to play with those who understand his football.”

The 22-year-old has played for his hometown club in the first team since 2019, and is a French youth international. He scored twice and made three assists in 35 appearances in Ligue 1 this season, as his team avoided relegation.