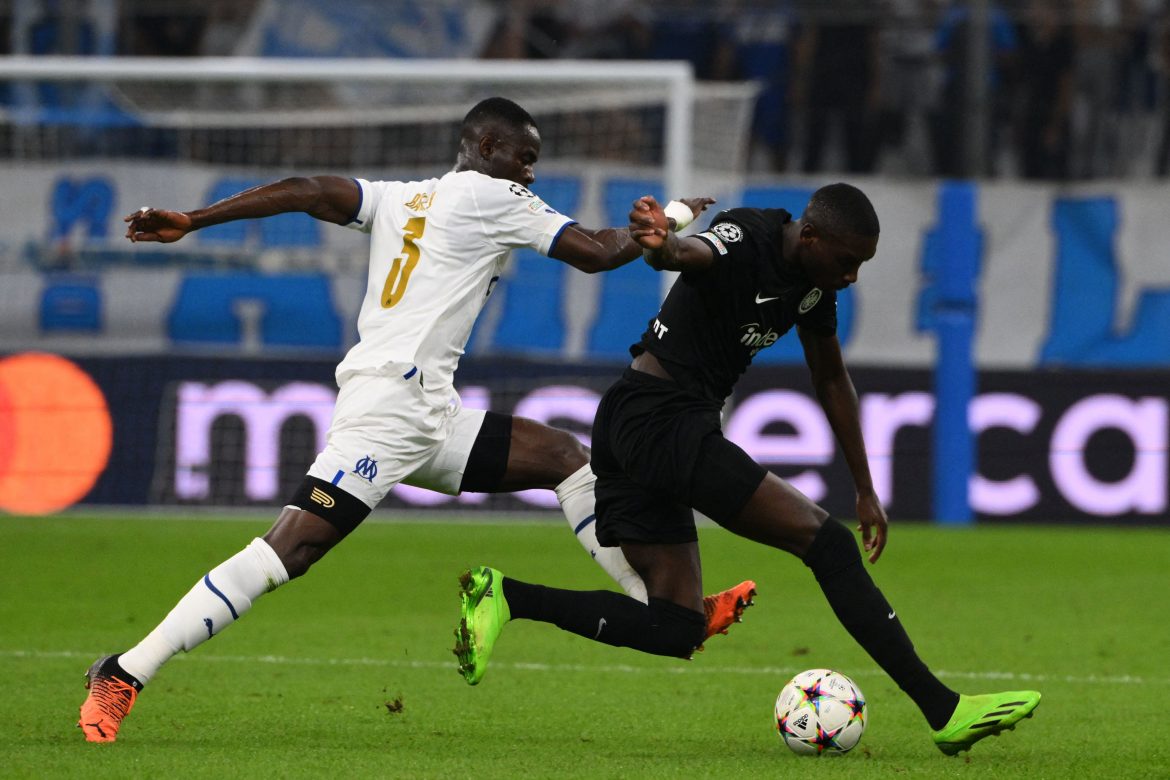 According to L’Équipe Éric Bailly and Pape Gueye will be absent for Marseille’s Champions League test against Frankfurt tomorrow evening. Igor Tudor has decided to retain a group of 19 players for OM’s trip to Germany, in the Champions League. Neither Eric Bailly, injured in the right thigh since Le Classique against PSG (0-1), nor Pape Gueye will feature.

Manchester United loanee Eric Bailly came off the field with an injury in the 44th minute of the game between Paris Saint-Germain and Olympique de Marseille.

Sead Kolasinac will feature in the squad after being taken off against Lens early in a fixture which came around just too quick for the defender, after recovering from an injury suffered against Angers at the end of September.

Marseille’s squad to travel to Frankfurt: