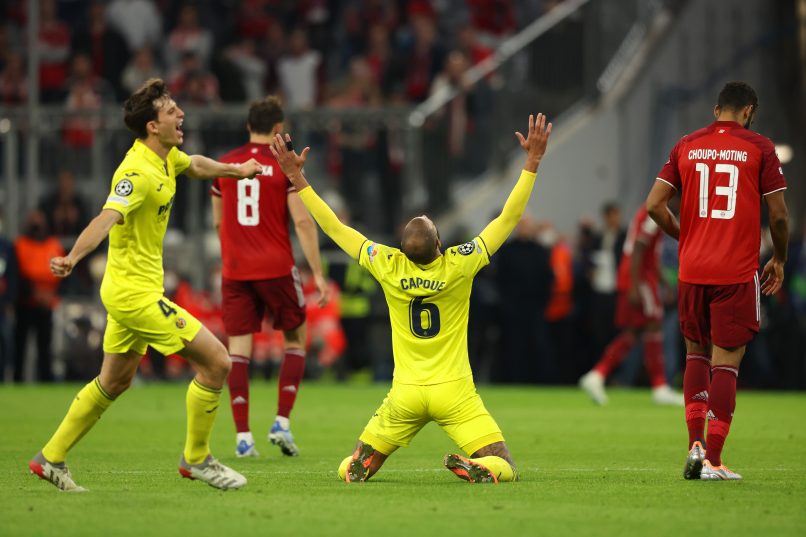 Speaking to Canal+ after Villarreal’s aggregate win over Bayern Munich in the Champions League quarter-finals, French midfielder Etienne Capoue pointed to his team’s heart as one of the reasons for their success.

His words transcribed in L’Équipe, the former Toulouse man was also keen to point out that their opponents were perhaps overconfident going into the tie, an aspect which proved to be a motivator for Unai Emery’s men.

“I’m full of euphoria, we’re on cloud nine […]. Everything they said in the press motivated us. I think they lacked a bit of humility. It’s incredible, I think we’ve shocked all of Europe here! We were solid, we knew we would be suffering but we had a plan, which was to let them come to us, and defend well. We knew we would have a chance. We showed it, we bet it all on that, one goal was enough to go through to the semi-finals. We are hunters! [laughs]”