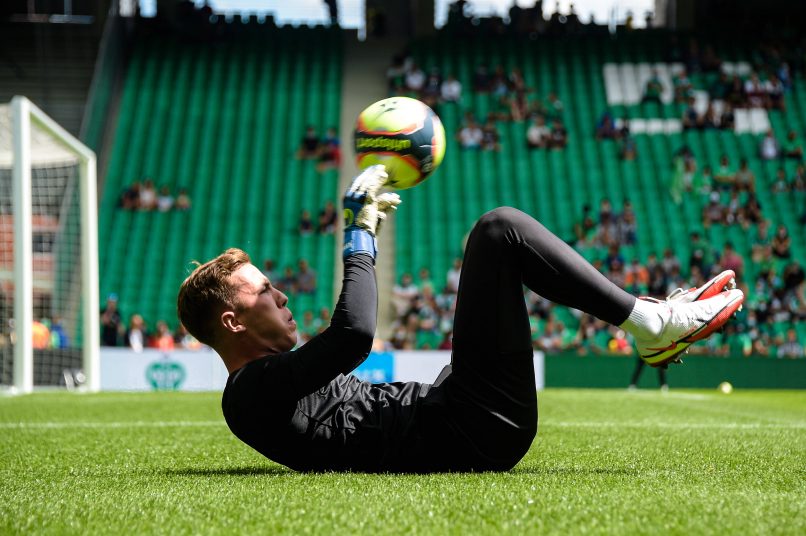 As reported by BUT, Saint-Etienne are planning on reintegrating England under 21 goalkeeper Etienne Green into their first team next season.

The 21-year-old Green spectacularly broke into the ASSE first team last April during a goalkeeping injury crisis, saving a penalty on his debut again Nîmes, and kept his place in the side until the arrival of Pascal Dupraz as coach with the team in trouble earlier this season.

Dupraz signed Angers’ Paul Bernardoni on loan until the end of the season and Green hasn’t played a game since. However, the outlet report, Bernardoni won’t be kept by Les Verts for next season and the club will instead return Green to a starting berth while signing an experienced second choice as his backup.