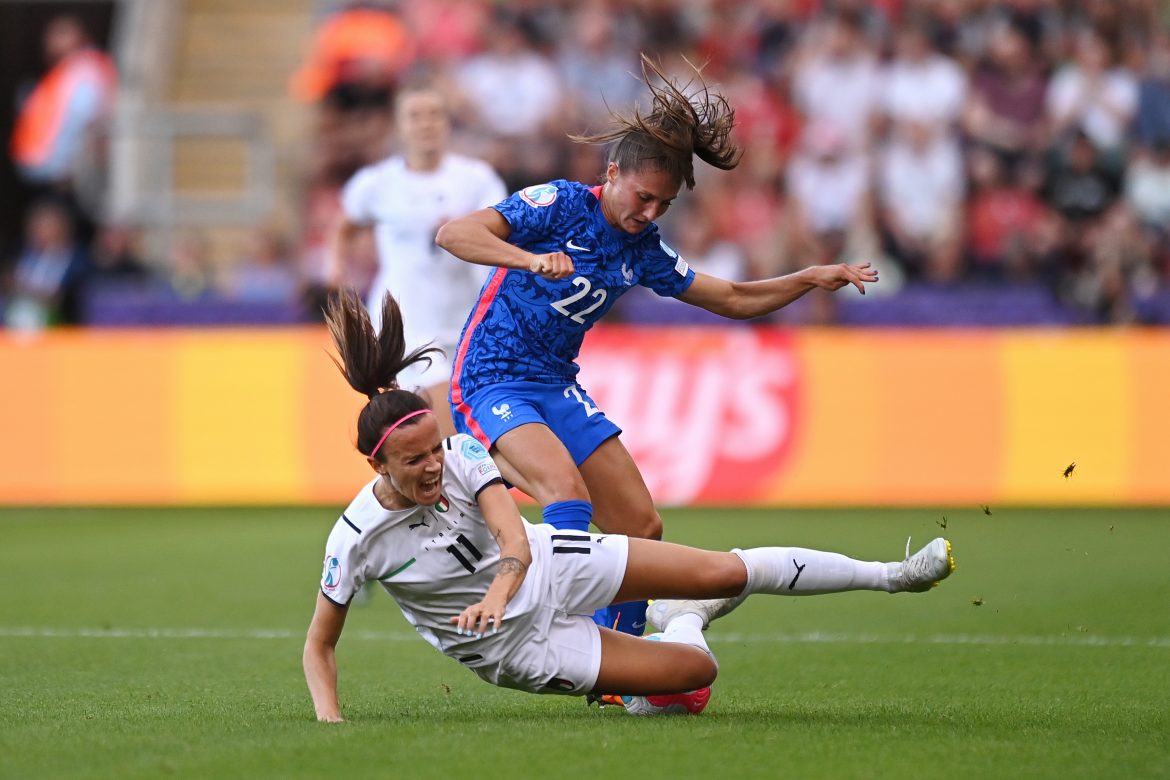 Following France’s deeply impressive performance against Italy this evening in their first game of Euro 2022, which resulted in a 5-1 victory, right-back Ève Périsset spoke to Canal+ with her words transcribed by RMC Sport. All five of France’s goals came in the first half, breaking the record for the number of goals scored in the first half of a Women’s Euros game. Despite the resounding victory, the defender remained composed and urged her side not to get ahead of themselves.

“We had a fantastic first half. In the second, we could have done better and avoided conceding the goal. There was a bit of pressure, we were keen to get into this competition. This evening we had a great game and two remain to qualify for the quarters. It’s a strong message but we have to be careful. This group has been the same for a while, we work on a lot of things.”

Grace Geyoro: “It was a great night for us all”