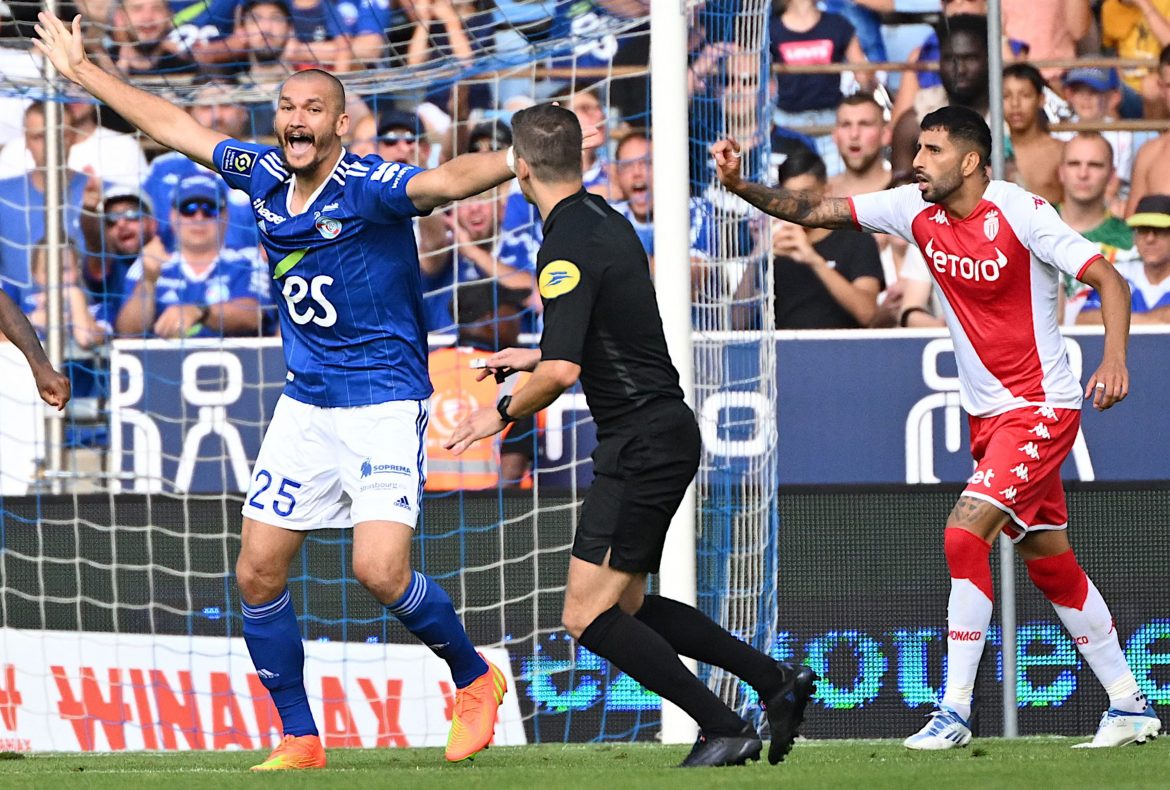 According to Ignazio Genuardi Premier League side Everton are considering a move for Strasbourg forward Ludovic Ajorque (28) – with Newcastle United also interested in the Reunion-born Frenchman.

Hertha Berlin were interested in the player earlier on in the transfer window and made a €10m offer, yet Strasbourg wanted €15m for the player – who has two years left on his current contract.

Lille were also chasing the striker, but he refused a move to Northern France as the club then opted to sign Mohamed Bayo from Clermont.

The Frenchman, who is eligible to play Madagascar, last extended his contract with Strasbourg in 2020, which currently runs up to 2024.