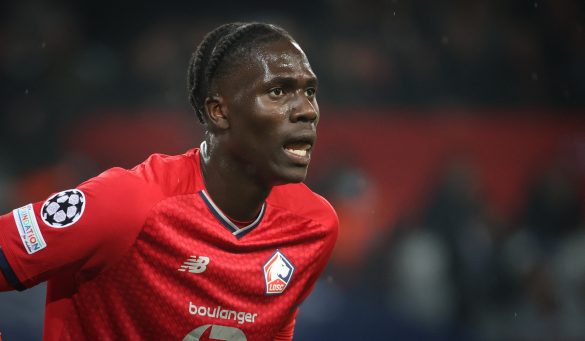 According to Belgian journalist Sacha Tavikieri as well as sources contacted by GFFN, Everton are expected to beat West Ham to the signing of Lille midfielder Amadou Onana (20) after the Merseyside outfit tabled a €35 + €5m offer for the player. The Toffees matched the Hammers bid – and the player reportedly prefers the prospect of playing for Everton over the East London side.

Yesterday Les Dogues accepted an offer from West Ham consisting of an initial €35m base fee, to which a potential €5m in bonuses can be added. The Premier League side  turned their attention towards reaching an agreement with the player over the details of a contract.

Onana, who is under contract at LOSC for another four years, joined from Hamburg last summer and made 32 appearances in a largely disappointing title defence for the team.

Interview | Lens wing-back Jimmy Cabot: “I’m at a club where there’s a lot of competition.”